From the chic "Hicksville" trailer parks sprouting up to the "New Elite" group that most likely feel they're just ironic enough to feel comfortable visiting. There's Taylor Swift's new album and Kanye's 34 minute music video. Also, the president signs an iPad! Check out what I'm reading about this morning...

1. Music News. Taylor Swift's new album "Speak Now" was released today. In it, there are songs like "Back to December" and "Story of Us" that many believe are about her romance with "Twilight" star Taylor Lautner. However, it's the song, "Dear John" that is really riling people up. It supposedly is about her romance with John Mayer. Listen to the not so flattering account of Mayer here: [Tumblr]

In other news, Kanye West has just released a 34-minute music video titled "Runway." If you have absolutely no life, click below and watch: 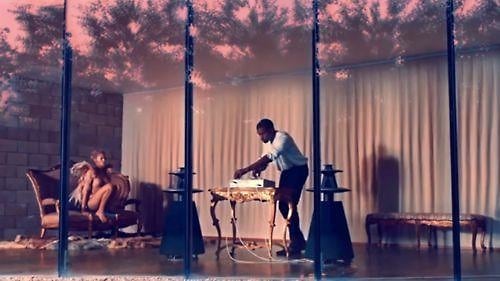 If you do have a life, don't waste your time. Go here and see some screenshots: [Gawker]

2. "The Awl" was featured in the NYTimes today. See: "Oh, shit, I guess I have to take this seriously now." [Alex Balk] The site, founded by Choire Sicha, Alex Balk and David Cho is largely known as the blog for 'some sort of elite.' Though it has been pointed out that "Being smug, self-congratulatory, and insular is not enough; in order to be elite you also have to excel at something." Consider the collective of bloggers at the Awl officially excelling today, at least on print in the Times. [NYT]

A first look at Google TV: Some sites blocked, some optimized. [Bliptv]

Even as Android sales surge, the market for Android apps is still anemic. Google wants to fix that. [NYT]

PlumWillow is a company that is turning it's customers into it's website creators. [NYT]

4. Client 9: The Rise and Fall of Eliot Spitzer.

"You don't know the real story." The review was in the Times this weekend. And, people are talking. The movie is in theaters Nov. 5th. [NYT Review]

5. Lady Gaga is in London. Gets interviewed by Anderson Cooper, celebrates Halloween early: 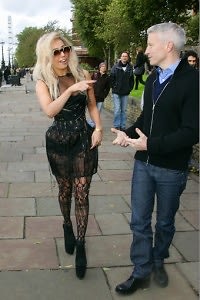 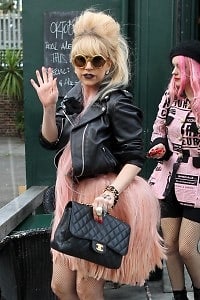 6. This Brooklyn middle school principle is stupider than your child. Andrew Buck was trying to defend his policy of not providing textbooks in an email he sent out last week. The email was a "confusing mess" full of typos and misspellings. Buck makes "$129,913 a year. See "Waiting for Superman." [NYDN]

7.  Hicksville. It's not just a funny term for where I'm from anymore. These Trailer Park Motels are becoming chic and are popping up all over. This one below is newar Joshua Tree National Park: [Hicksville] 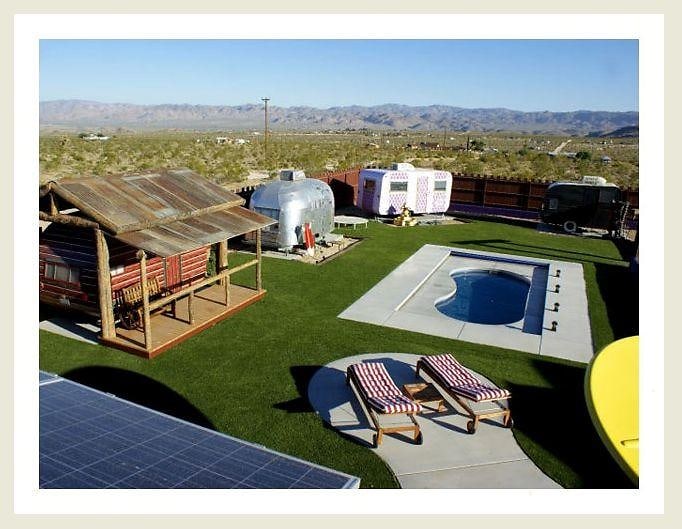 8. The Rejection Slip Essanay Film Manufacturing Company (1907-1925). It was a motion picture studio mostly remembered today for its series of Charlie Chaplin films. Here's what the rejection letter looked like: 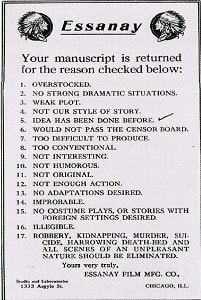 [Via Nick Douglas, via Old Hollywood]

9. Obama signs an iPad. In case you missed this photo going around last Friday: 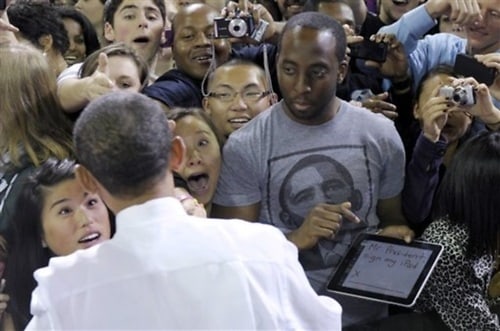 "First thing you'll notice about this picture is how utterly relaxed the Barack Obama T-shirt sporting young man holding an iPad seems to be, compared to just about everyone in his immediate neighborhood. Second thing you'll notice is that he appears to be pointing to his iPad, while calmly observing the President of the United States as the latter approaches him.

On his iPad, this young man - we'll just call him Sylvester Cann IV from now on, because that's his name – fired up Adobe's Ideas app and used it to pen a request for President Obama.

Which, despite of the lack of the word 'please' in said request, presumably due to spacing issues, is exactly what President Obama did." [Tech Crunch]

View of the signed iPad: [The Atlantic]

11. Parents: How to Raise a Creative Genius. [CNN]

12. There is a "New Elite" group. And Charles Murray rights about them in "The Tea Party Warns of a New Elite. They're Right" for the Washington Post. [WaPo] They don't know about NASCAR, don't take cruises, and have never heard of Branson, Missouri. Are you a member? Take this quiz now to find out! [Gawker]

13. Tiffany's Gala in Beijing's Forbidden City was this weekend. Dinner was served on a giant diamond and there was a choir of 200 serenading guests with hits like Jay-Z's "Empire State of Mind." Guests included Tatiana Santo Domingo, Byrdie Bell, Elisa Sednaoui, Eugenie Niarchos, and Derek Blasberg...who was obviously documenting the entire adventure. [@derekblasberg] 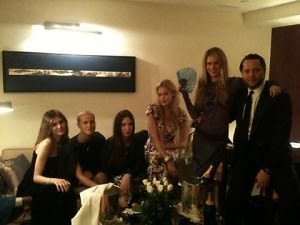 14. It's Bloody Mary season! (I don't know, is it?) In case you needed another excuse to spend your weekend afternoons drinking, check out this Do-It-Yourself Bloody Mary station at Double Crown brunch: 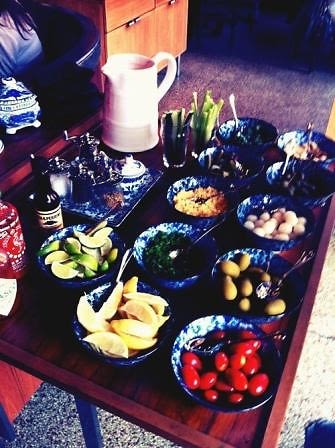 I haven't been to Double Crown Brunch yet but I do recommend trying out:

Waverly Inn's first ever brunch season. It's your chance to check out the hot spot without having to figure out a secret number to call in for a reservation. Try the scones, they are unbelievable! 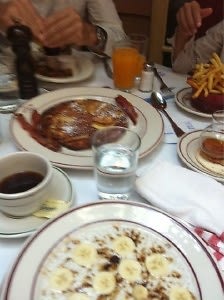 Well, that's all for me today! Do you have something that I should include in tomorrow's Reading List? Email me! Rachelle@guestofaguest.com