Today we take a close look at President Obama's budget, the new Sports Illustrated Swimsuit issue, and Bonnarro's lineup. Plus, does God want you to be skinny? Also, did you know it's currently possible to do a weekend in Paris for under $499?!

1. This is what the budget proposal looks like. Below, aides unpacked copies of President Barack Obama's budget proposal on Capitol Hill on Monday. The $3.73 trillion budget proposal for 2012 marks the start of a long fight with congressional Republicans. [InOtherNews] 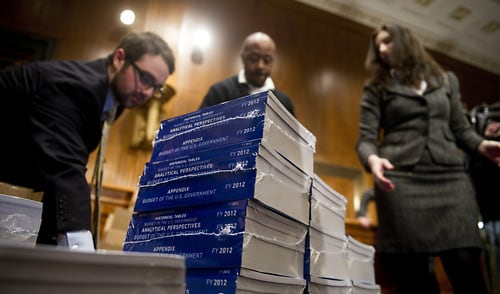 Now, go check out this handy chart from the Times on how the money is spent. [NYT] 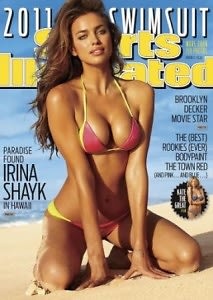 2. The S.I. Swimsuit cover is a "dream come true" for model Irina Shayk. The Russian stunner has been featured in the magazine 5 years in a row before taking cover this time around. [Today]

3. The Internet is almost at capacity. "It was 1977," Mr. Cerf said, in an interview last week. "We thought we were doing an experiment." Vint Cerf's little "experiment" was a thing called the Internet. And, the 4.3 billion IP addresses that they accounted for back then (a number that they thought they would never come close to using), will be totally at capacity soon. [NYT]

"The problem was, the experiment never ended," added Mr. Cerf, who is a former chairman of the Internet Corporation for Assigned Names and Numbers, or Icann, a nonprofit corporation that coordinates the Internet naming system. "We had no idea it would turn into the world’s global communications network."

4. 170 Playboy mansion visitors were hit with a mystery illness. People developed symptoms of respiratory infection within 24 hrs of leaving the mansion. [MSNBC]

5. How did Watson do on Jeopardy last night? [Google]

6. Does God want you to be skinny too? This "Anti-Fat Pastor" in New York is trying to lure new members with a six-week weight loss course called "BOD4GOD." Does God really care what size you are? [Jezebel]

8. The 2011 Hollywood Portfolio. It's Vanity Fairs annual portfolio of stars, directors, and other talents who connected big-time with audiences. Now online. [VanityFair] 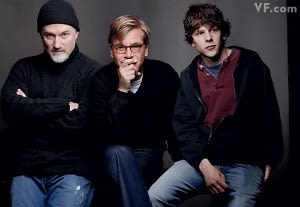 9. Speaking of Aaron Sorkin, he's going to guest on '30 Rock!' He will be perfomring a hilarious send-up of "Three Little Maids from School." [EW]

11. New York's Top 10 Boozy Desserts. Have your cake and drink it too. check out the 10 liquored-up desserts that may get you totally tanked. [Eater] 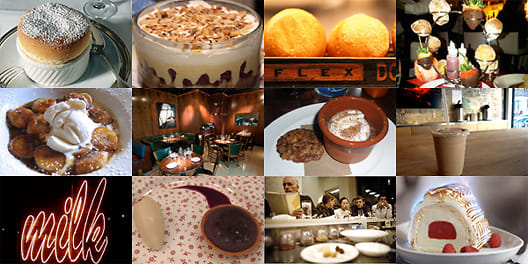 12. For 125 years, Coke's secret recipe has remained one of the most heavily guarded trade secrets in the world. Now a group of accidental soda sleuths say they've stumbled across a list of its ingredients. [TIME]

13. Bonnarro's website has crashed under the weight of its amazing lineup. It's not until June, but still exciting lineup! [DailyWhat]

14. You don't need a car to get road rage. For many New Yorkers, few things are more infuriating than slow walkers. The concept of "sidewalk rage" is real and one scientists has even developed a Pedestrian Aggressiveness Syndrome Scale to map out how people express their fury. [WSJ]

15. What to buy and what to skip at Trader Joe's. [Nutritionista] 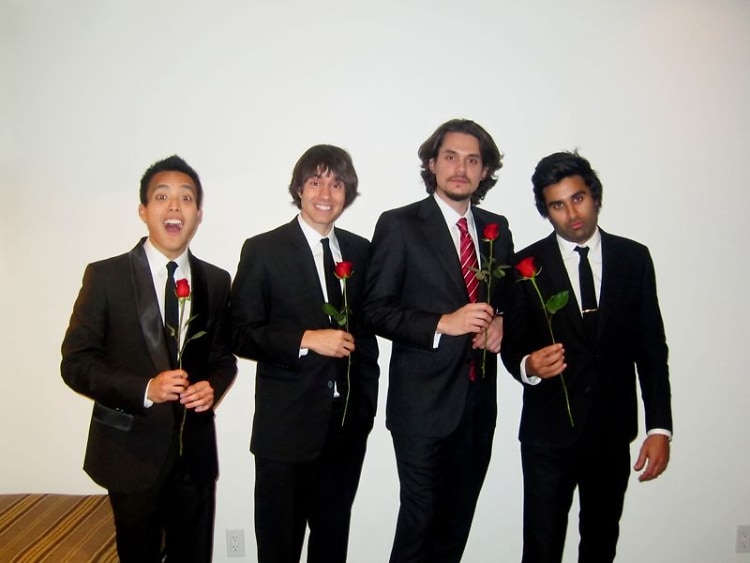 17. Skins vs. actual teenagers: there IS a difference. MTV's newest controversy magnet features kids participating in age-old bad behavior. But how does it match up to reality? [Esquire] 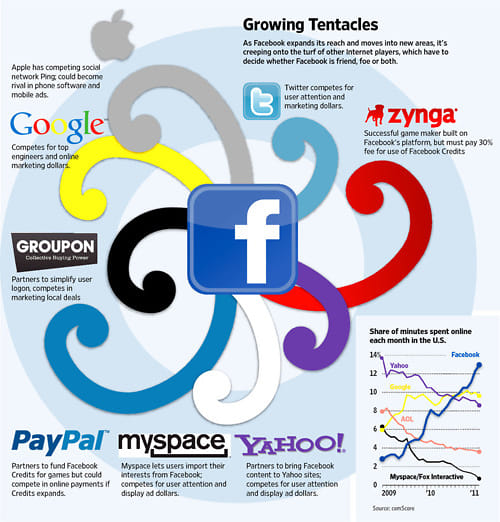 22. Ashton Kutcher and Demi Moore went to the Caribbean for a little holiday. What were they reading" A book on Anti-Aging titled "The Youth Pill: Scientists at the Brink of an Anti-Aging Revolution." [Gawker]

23. Check out this preview of the new Kate Spade offices. So pretty. [Sabino] 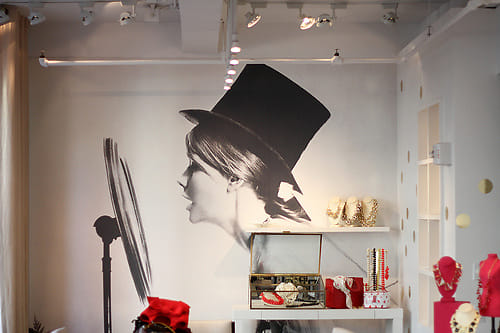 24. Al Jazeera has an English Tumblr. They are still bringing us the latest from Egypt, now on this hip tumblr platform. [Algazeera]

25. The NY Times gets a look behind the scenes at Pixar offices. [CourtneyLewis] 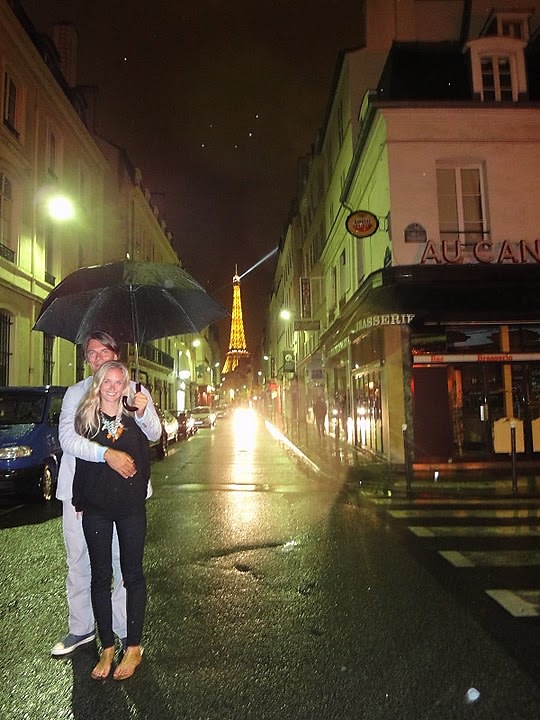 [Me and Smac in Paris this summer.]

Well, that's all for me today, do you have something to include in tomorrow's reading list? Email me: Rachelle@guestofaguest.com.