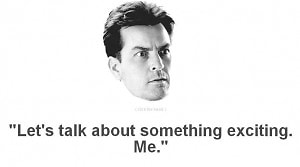 Today's list is going to take a different direction. I will first present to you the interesting news items of the day, and then, after each one, Charlie Sheen will leave you with what he has to say about the matter. It's been a pretty gnarly afternoon for us....

1. First, today's reading list could never have been made possible without the help of CS. Below, a quick roundup on some items that have certainly entertained me this afternoon.

Charlie Sheen quotes [By Bunnies] [By Baby Sloths] [By Cats]

And now, let's begin. Please be aware that all of the ending quotes are word for word out of Charlie Sheen's mouth:

2. New York Times columnist Frank Rich is leaving the newspaper after three decades and heading to New York magazine. At New York, where his title will be editor-at-large, Rich will write a monthly essay on politics and culture and edit a corresponding monthly section. NYM editor Adam Moss is stoked. [NYM]

Charlie Says: "THIS GUY'S GOT MORE NOTCHES ON HIS BELT THAN BLACK BART."

3. RIP John Galliano's (left) career. The head of Dior was let go after his anti-semetic rants. "Now, who to replace him? I say Alber will wait for Chanel, and Riccardo won't leave Givenchy. So...Erdem? Ideas?"  [@derekblasberg] Natalie Portman, the face of Dior, reacts: [NYT]

Charlie Says: "IF YOU'RE PART OF MY FAMILY, I WILL LOVE YOU VIOLENTLY."

6. WWD asked five famed shoe couturiers to design the perfect shoe for the royal bride-to-be. At left, René Caovilla. His design:A white satin sandal with marabou feathers and multicolor Swarovski crystal gems "This shoe is fit for a princess because the sandal is elegant, sexy and precious, and it suggests a magical atmosphere." [Vie]

Charlie Says: "BRING ME A CHALLENGE. SOMEBODY!"

7. Lady Gaga is set to appear on American Idol in May. [Twitter]

Charlie Says: "I'M JUST GIVING THEM WHAT I GUESS THEY WANT, I JUST DON'T KNOW IF THEY CAN HANDLE IT. PUSSIES."

8. The dorks over at Foursquare conducted a really intricate analysis in order to find the rudest cities in the world. It involved algorithms, and stuff like that. But, what's really interesting to me? NYC didn't even make the list.[Foursquare]

Charlie Says: "WHEN I'M FIGHTING A WAR THERE'S NO ROOM FOR SENSITIVITY." 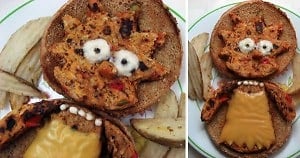 Charlie Says: "WE WORK FOR THE POPE."

10. The LSD is 8.5 months pregnant, and is going all natural with her beauty and hair products. But, she'll never give up her red lipstick. Read the interview with the Moda Operandi founder here: [IntheGloss]

11. If you could hire 3 journalists working primarily online today, who would they be? They asked, Foster Kamer answered. [@weareyourfek]

Charlie Says: "YOU SHOULD HAVE READ THE DIRECTIONS BEFORE YOU SHOWED UP TO THE PARTY."

12. The "Before I Die Wall." So cool! If you’re in New Orleans, stop by the corner of Marigny and Burgundy (900 Marigny St) to add your thoughts to the wall and see what matters most to your neighbors. The responses and stories from passers-by while we were installing it have already hit me hard in the heart. [Chasburgers]

Charlie Says: "THAT'S THE CODE AND WE ALL LIVE BY IT." 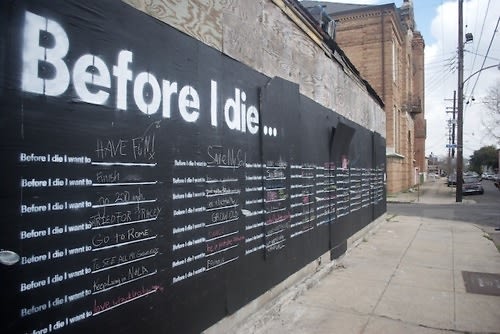 13. The "Five Second" rule on eating dropped food should be called the "Zero-Second Rule" as in, it's not cool and your immune systems can't handle that shit. [NYT]

Charlie Says:  "I LITERALLY WOKE UP AND IT WAS CHRISTMAS."

15. Kate Middleton saw to it that her hometown grocer, postman and tavern owner were invited to the royal wedding.  [Matchbook]

Charlie Says: "LET'S TALK ABOUT SOMETHING EXCITING. ME."

16. Lorenzo Martone has a really hot Bachelor Pad in NYC. On the heels of running into the uber talented guy at dinner in LA last night, I was ecstatic to see this today in Refinery. [Refinery29]

Charlie Says: "I HAVE ONE SPEED, I HAVE ONE GEAR, GO!" 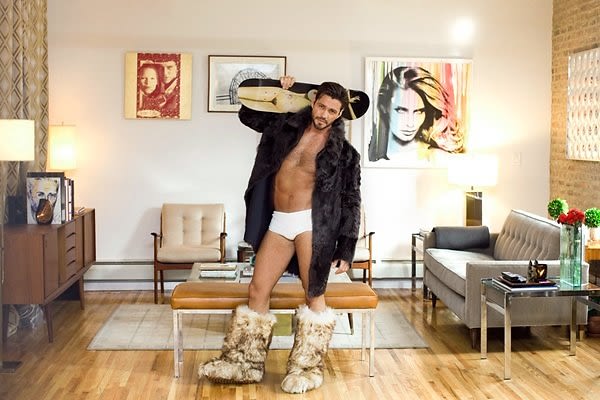 17. GroupMe, a free mobile chat service that has operated through text messaging until now, is releasing new iPhone and Android apps today that bring it into the smartphone era. [BI]

Charlie Says: "YOUR FACE WILL MELT OFF AND YOUR CHILDREN WILL WEEP OVER YOUR EXPLODED BODY."

18. Lion's "Signature Capture" allows you to write your signature with a black pen on a piece of paper, hold it up to your Mac’s built-in camera, and place it on a document in Preview. The feature works as advertised and is very seamless. [9to5mac]

19. Valuable Banksy artwork was stolen right off of the wall on the street in LA. [LAWeekly]

Charlie Says: "THEY PICKED A FIGHT WITH A WARLOCK."

20. Facebook is rolling out some new privacy measures, and miraculously they are in plain English and easy to understand! [NYT]

Charlie Says: "EVERYONE HAS A BLACKBELT AND CARRIES A GUN. I DON'T MESS WITH PEOPLE."

21. There is a new Tumblr today called "Paula Deen riding things" and, well, it's incredible. [Tumblr]

Charlie Says: "WE'RE ON A ROCKET SHIP TO THE MOON SOMETIMES."

22. It's Steve Carrell's last week on The Office, and co-star Mindy Kaling is tweeting up all of the story lines that she wanted to do with Michael but never happened. [@MindyKaling]

23. It's national pancake day today and, to celebrate, iHop gave a free stack of pancakes to every customer this morning. Just what our country needs! [IHOP]

24. I'm done with Gaga. Seriously, at this point every "new" thing she's done has been a direct and pale derivative of someone else. "Born this Way" sounds just like Madonna, and worse, the video is direct copy of Marco Brambilla:

Charlie Says:"MISTOOK THIS ROCKSTAR, BRO." "GO BACK TO THE TROLL HOLE WHERE YOU CAME FROM."

25. The scientific way to have the absolute perfect relationship. [Gawker]

Charlie Says: "I HAVE A DIFFERENT CONSTITUTION."

Charlie Says: "IMAGINE WHAT I WOULD HAVE DONE WITH MY FIRE-BREATHING FISTS."

Charlie Says: "I'M JUST GOING TO SAIL ACROSS THE WINDS OF THE UNIVERSE WITH MY GODDESSES." 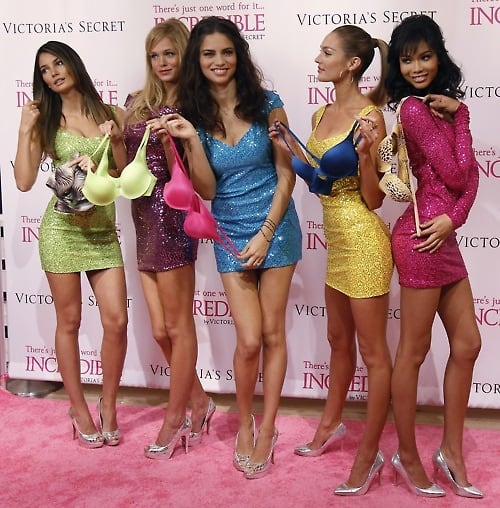 Well, that's all for me and Charlie today. Do you have something to include in tomorrow's Reading List? Email me: Rachelle@guestofaguest.com.