...And, if anything on today's list should leave you feeling heated, I leave you with a giant walking panda free for you to punch anytime you please.

1. What is more surprising about this video unleashed by Sarah Palin this morning in response to the shootings in AZ? The fact that she doesn't know the correct definition of "blood libel" or the fact that her chosen online video platform was Vimeo? Update: now it's on YouTube:

NY TIMES: "The term 'blood libel' is generally used to mean the false accusation that Jews murder Christian children to use their blood in religious rituals, in particular the baking of matzos for passover. That false claim was circulated for centuries to incite anti-Semitism and justify violent pogroms against Jews. Ms. Palin’s use of the phrase in her video, which helped make the video rapidly go viral, is attracting criticism, not least because Ms. Giffords, who remains in critical condition in a Tucson hospital, is Jewish." [InOtherNews]

2. NYC declares a weather emergency, leaving me stranded in LA and normal people thinking totally irrationally. Btw. 49 of the 50 states are covered in snow today (Florida is the black sheep).

"Shoppers said some markets were jammed. “People were buying as if this storm is going to prevent them from eating for the next four days,” said Sandy Miller after she ventured into Citarella, a market on Third Avenue near East 75th Street. “I've never seen such a crowd. The bread was almost wiped out, they were lined up at the meat counter, they were lined up at the prepared-food counter and the line to pay wrapped around the store inside." [feistyred]

3. NYC nightlife is officially dead or alive. Who knows anything anymore. Armin Amiri, the old Bungalow 8/Socialista doorman who retired his nightlife ways to head into acting is returning to the arena. [GofG]

4. Vogue goes inside Lauren Santo Domingo's NYC digs that she shares with her husband, Andrés.The photos, by Claiborne Swanson Frank, are stunning. [Vogue]

5. The 10 up-and-coming start up hubs from around the world features my home (Omaha, NE) as #2! [Grasshopper]

6. The most bangable dudes in American history. [HowAboutWe]

7. Searching for old files in Marlon Brando’s former office, Helen Hall comes across a letter from Jack Kerouac to Brando from the late 1950s pitching a film adaptation of On The Road: [Collector'sWeekly] 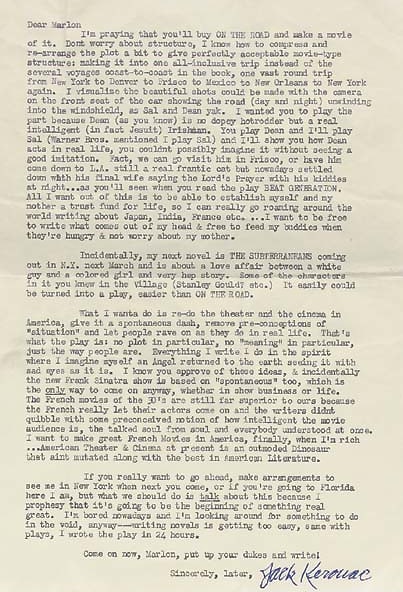 9. Snooki gives this 11-year-old a makeover. Who let this happen? [Refinery29]

10. The copyright battle between the AP and artist Shepard Fairey over those Obama HOPE posters has finally been settled. [NYT]

11. Last night, Trudi Styler celebrated her birthday with a party at her house in Malibu with close friends like Sting, Courtney Cox, Dustin Hoffman, Gary Oldman, and, of course Terry Richardson (who was there to document the fun!) [Terry's Diary] 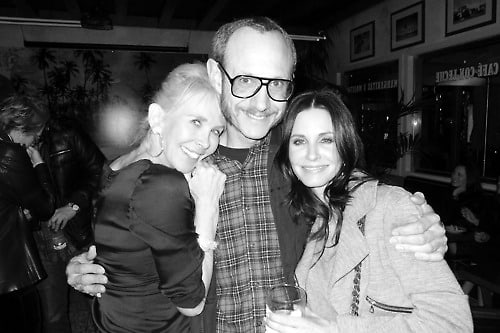 13. Should we subsidize or tax research into time travel? [KatieBaker]

14. The Kardashian sisters have a new clothing line and they are debuting it at Sears. Talk about a great fit. [NYDN]

15. Check out Martha Stewart's pristine laundry room and use it as your inspiration for getting closer to creating your own version of domestic bliss. [apttherapy via elpsethjane] 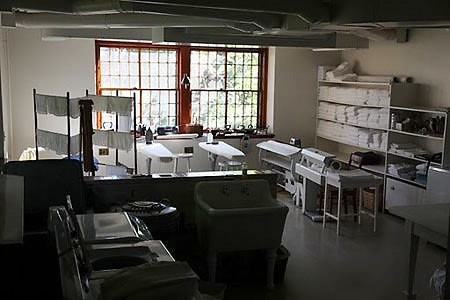 16. From reading the comments, it seems a lot of people believe that the cellphone ban during takeoff and landing is safety related, and mandated by the FAA.  It’s not. [Ryan Brown]

17. NewsCorp is firing 500 employees of MySpace and announces that it is ready to let the whole company go if things don't turn around. [Bloomberg]

19. Not gross: runny egg miraculously baked inside bread served with avocado. (How'd she do that!?) [GrapevineTwine] :

20. Where do all the cabs actually go at 5pm? Everyone knows that the most popular time to catch a cab is the time that all of them seem to disappear! And, it's true! They are really all going to Queens for a shift change. Who's running the show here? That person needs to be replaced. [NYT]

22. McDonald's Holdings Co. (Japan) Ltd. rolled out its Big America 2 campaign last week, featuring four burgers named after U.S. locales. The story also notes that 23% of Japenese adults are overweight (compared to 70% of American adults). Time to catch up to us, Japan! [WSJ via Gawker] 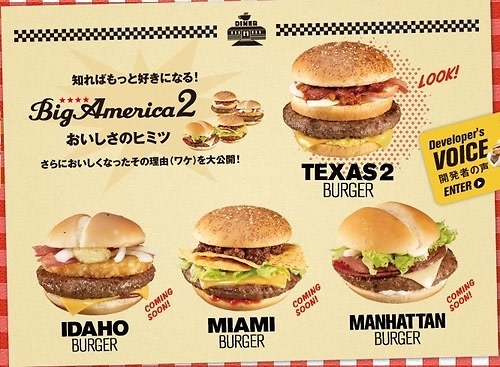 24. Meanwhile, believe it or not, Minneapolis, MN is the gayest city in America. [Gawker]

25. Is Absinthe lip gloss a good or bad idea? Nylon Mag is asking the important questions today. [NYLON] And, in case you were wondering where to buy, the etsy shop "For Strange Women" has the gloss along with all sorts of other gems. [For Strange Women] 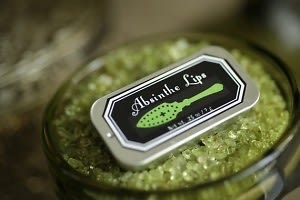 26. Video! The treadmill that allows you to take a virtual run anywhere on Google Earth. [Mashable]

27. Video! O.K. no one will probably enjoy this as much as my grandpa Marvin would (and, at 90 he's not one to hop on the ol' computer and look at videos). Alas, if you're into puzzles and fun hand held games check out how to make an impossible nail piece. [Elspethjane]

28. Finally, I leave you with "Punch me Panda." Did you guys know about this guy (artist Nate Hill) roaming the streets of NYC encouraging people to get their rage out of their system by using him as a punching bag? I mean. [Punch me Panda via WSJ] 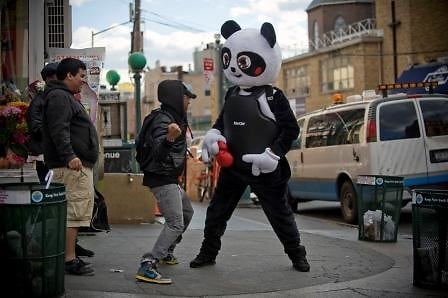 Phew. Do you have something for me to include in tomorrow's Reading List? Email me at Rachelle@guestofaguest.com!