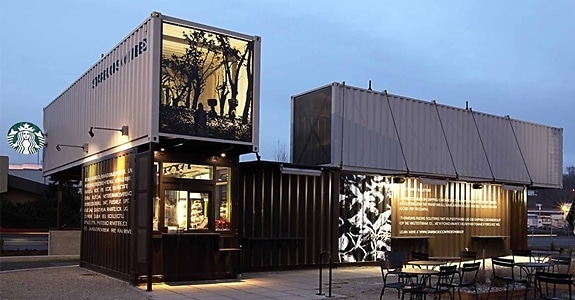 Behemoth coffee corporation, Starbucks, is recognizable almost anywhere they’re found. But like any company in almost any industry, re-branding is necessary to revitalize the image of a company and attract new demographics. Large corporations, including Starbucks, are beginning to identify the emerging trend of upcoming generations, which is a sustainable, eco-friendly, and green lifestyle. [Photo via]

Responding to this rapidly emerging trend, Starbucks created a recycle-chic prototype café in Tukwilla, Washington. The 450 sq-ft store was fashioned out of four recycled steel shipping containers, and features a drive-thru, as well as a walk-up counter where drink orders can be placed. The prototype draws its name from the combination of its functionality and its style- “The Reclamation Drive-Thru.” Starbucks told Smithsonian Magazine that they found their inspiration,

"by the view from their Seattle headquarters, which looks out onto a yard of unused shipping containers..."

Although “The Reclamation Drive-Thru” is only a prototype the benefits of this store are readily apparent; it’s relatively quick to assemble, it’s fully functional, and it’s sustainable. The company’s Global Store Design Senior Manager wrote a manifesto-esque statement, available on the Starbucks website, in which he says,

"I'm not sure where this all will land, but the launch pad has now been successfully cleared and the resulting conversation has been positive. Our global footprint presents powerful possibilities to replicate and scale our green building efforts." 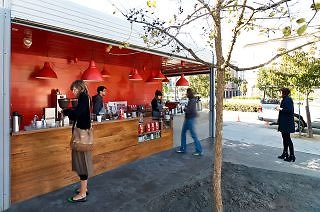 In any case, Starbucks has been taking a step in the right direction since they joined the U.S. Green Building Council in 2000. However, Starbucks isn’t the only innovator utilizing a sustainable approach to build their stores; La Boite Café in Austin, Texas, Café Froebe in Linz, Austria; and Ritual Roasters in San Francisco, used the same idea to create their coffee shops.

The idea of reusing derelict materials to create a cafe is emerging in the Netherlands as well. Two designers, Rikket Paauw and Jet van Zweiten, have developed “FOUNDation Projects” ,as their website describes, is concept which collects,

"waste material and old furniture from the neighborhood, moving it to a waste container, reusing it to turn it into a small house"

The global response to finding a more sustainable lifestyle is clearly evident. From large corporations to individuals around the world the move towards eco-friendly living is becoming increasingly prevalent. 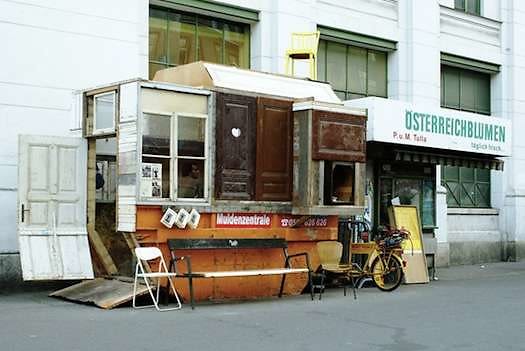 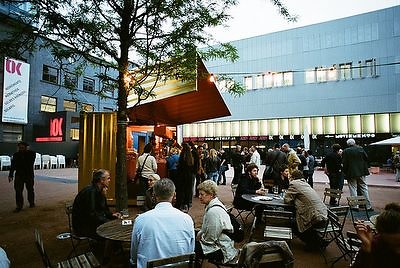