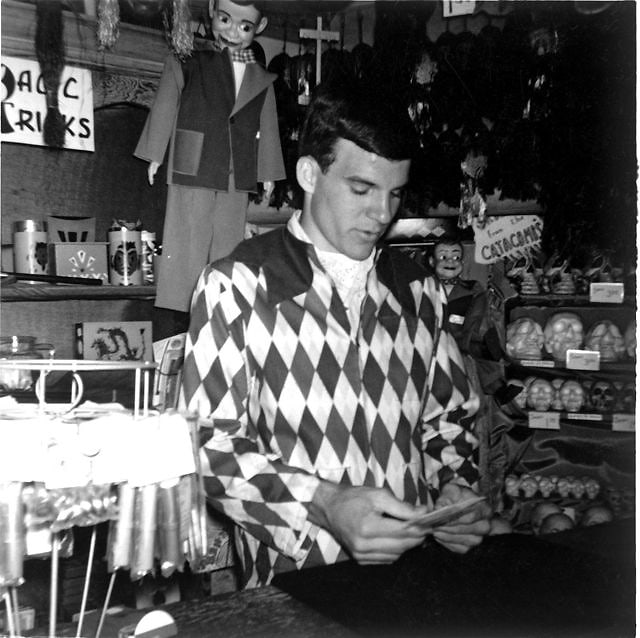 Before making it big in the comedy, film and music worlds (okay, so just the world in general), Steve Martin sold guidebooks at Disneyland.  The weekend and summertime gig lasted from 1955-1958, with Martin subsequently taking up a position in the Main Street Magic shop in 1960. Check out one of Martin's early performances featuring magic trick mockery HERE. [Photo via]
1 of 5