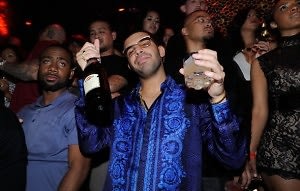 There's no need to dish out the big bucks for a good time anymore. The days of Courvoisier and Cristal are over, reports the Post, and the latest drink du jour is cheap enough for you to be popping bottles all night.

When you think of moscato - a white wine with floral aromas - you don't exactly think of the club, but that's all beginning to change. Thanks to Drake, who name-dropped the light white in his song "Do it Now," sales of the wine have gone through the roof, and the traditionally low-key libation has been gracing tables at clubs across the country since Drake sang the lyrics...

"It’s a celebration, clap, clap, bravo/lobster and shrimp and a glass of moscato/for the girl who’s a student and her friend who’s a model.”

The rapper continued to show his love for the wine by ringing in his 25th birthday with a bottle of moscato at Tao in Last Vegas last year. 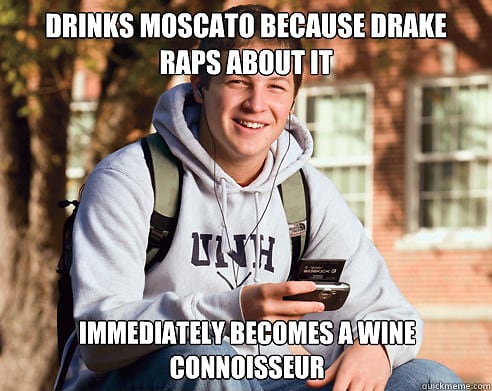 Drake isn't the only fan of moscato, and Lil' Kim, Waka Flocka Flame, and Kanye West are other big names who support the inexpensive drink.

While moscato has always been regarded by oenophile's as unsophisticated and tacky, Drake and the hip-hop crew are turning that perception around (seriously).

The wine is now being served as some of New York's finest restaurants, and it's often one of the more popular wines on the menu. Carla Rzeszewski, wine director for The Breslin, John Dory Oyster Bar, and the Spotted Pig, explained the appeal of moscato to the Post:

“Moscato is a wine we want to sip outdoors on the first day we wear our tank tops."

Well, tank top season is coming up...so forget the Cristal, and do as Drake says; buy some moscato. 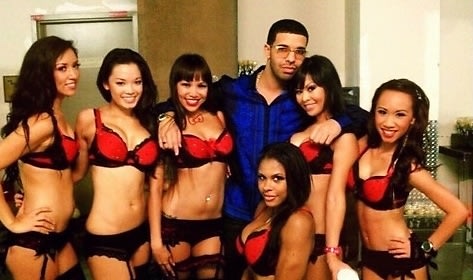