If you ever needed a reason to move to Atlanta, now you have one, and it's called the Beerbulance. People in Atlanta who are feeling a little parched (for beer) can tweet to @redbrickbrewing using the hashtag #beerbulance and the brewery will send the beerbulance -- and beer, to wherever you are in the Atlanta area.

If you’re experiencing a beermergency, don’t dawdle. Tweet #beerbulance to @redbrickbrewing, and we’ll dispatch our lead-footed Beerbulance drivers. Remember to include your emergency and to geo-tag your tweet. And stay calm. Beer is near. 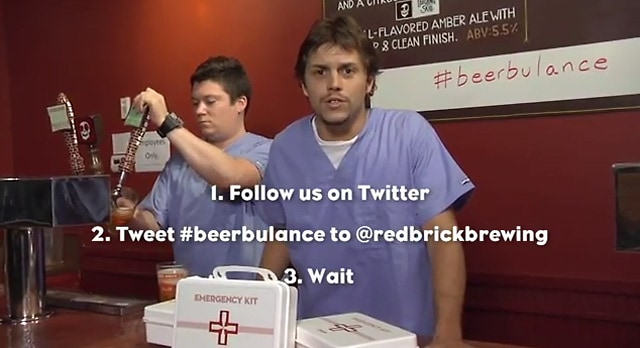 The beerbulance, which began saving sober Atlanta-ites since 2011, will dispatch guys dressed in doctor scrubs upon receiving your tweet. To learn more about this ingenious concept you can check out their YouTube video below, but what we really want to know is when New York is getting one of these!