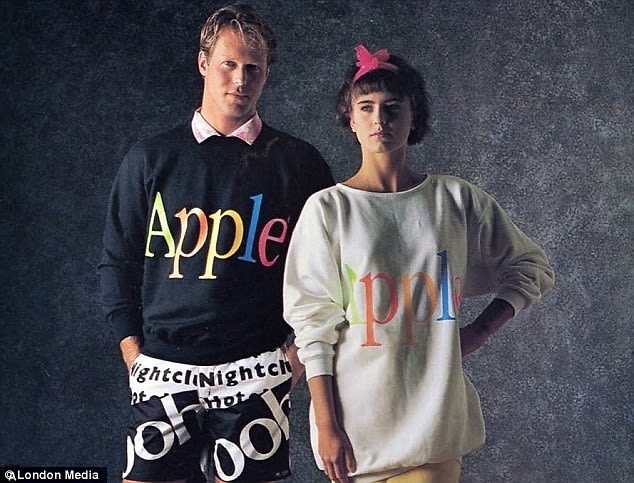 Apple, the brand famous for its sleek, high tech gadgets, has a secret past. The now billion dollar company was once far more geek than chic. A 1986 catalogue displays various sweatshirts, polos, belts, hats, and tee-shirts, all displaying the apple logo and name. But instead of the cute little apple adorning the upper corner pocket of the shirts, or simply written on the front of a hat, it is thrown on the front of every article, and magnified by 100.

Most articles of clothing say- in what looks like size 75 font- "Apple," or have the classic rainbow apple on it. Although a few polos are a bit more discrete in the logo, they make sure to make an impact with their loud vibrant colors, which doesn't mesh so well with the traditional, and understated, black, white and silver, of most Apple gadgets.

It's unknown if Steve Jobs, who founded the company in 1976 with Steve Wozniak, was ever seen sporting the attire. Doubtful since Jobs was famous for his plain turtleneck and jeans ensemble, but you never know, it was the 80s! 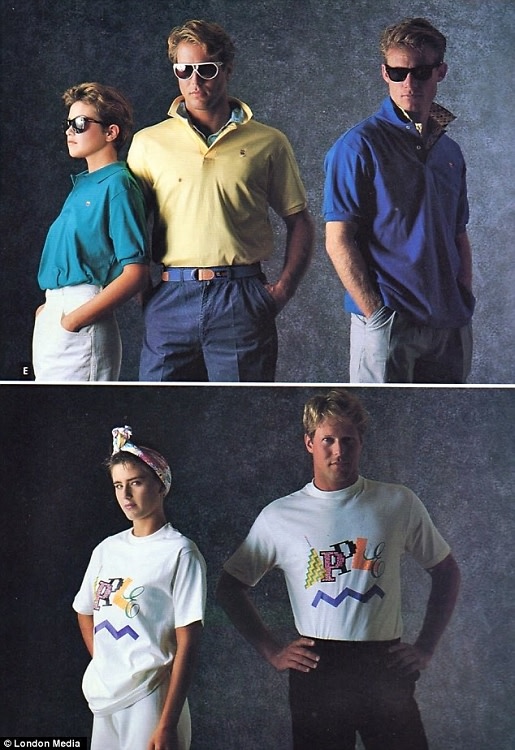