After more than a decade at the stoves of one of Washington’s most decorated power dining spots, Equinox Chef/Owner Todd Gray has hired Karen Nicolas as the restaurant’s first executive chef. Chef Nicolas started in mid-October, and she collaborates with Chef Gray to create a weekly menu of regionally sourced, seasonally inspired dishes. 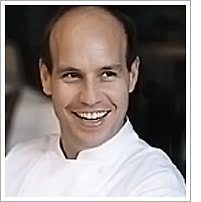 “We have spent 12 years proudly cultivating Equinox into one of D.C.’s most distinctive fine dining restaurants, and now it is time to welcome someone with the creativity to bring a new flare to menu,” said Chef Gray. “Chef Nicolas has the experience, talent and collaborative spirit to carry Equinox through the next decade of dining in Washington. I will continue to collaborate with Chef Nicolas on dishes, but her culinary vision will be reflected in the menu.”

Chef Nicolas has more than 16 years of culinary experience in some of the best restaurants in the United States and Australia, including training with Tom Colicchio and Charlie Palmer. Most recently, Chef Nicolas served as Executive Chef at Simon Pearce restaurant in Philadelphia and Soul restaurant in Chicago, where she earned three stars in both the Chicago Tribune and Chicago Sun-Times. 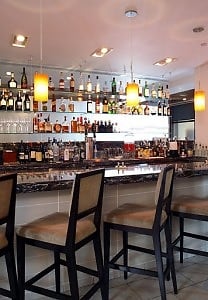 Chef Nicolas earned her Associate’s Degree in Culinary Arts from Johnson & Wales University. Her early culinary experience with California cuisine and some of Sydney’s top restaurants influenced her commitment to seasonality and sustainability. Chef Nicolas marries classic flavors with a refined technique to bring a modern and approachable interpretation of American cuisine to her table.