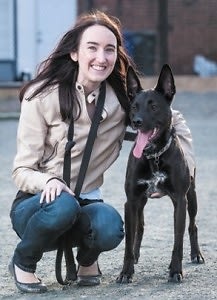 Allie Hagan, the 25-year-old behind Suri's Burn Book, was recently quoted in the September Issue of Capitol File Magazine, joking about how the DC satirists behind "Texts from Hillary" got to meet the Secretary of State, but she has yet to meet Suri Cruise.

Considering Suri has been shot paparazzi-style for six years and we have yet to know whether or not the celeb-spawn talks, Allie is probably on to something.

Allie works in policy at a DC consulting firm by day, and is a native of Atlanta. She attended GWU for undergrad.

She just released a book, Suri’s Burn Book: Well Dressed Commentary from Hollywood’s Little Sweetheart, and we will be attending the party tomorrow at A Bar! This is the first event for the book in the country (take that, Hollywood).