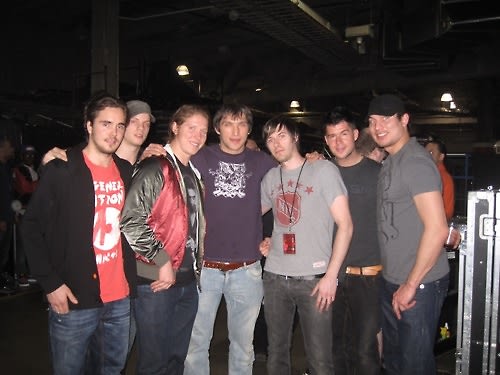 We've all heard of fan fiction for Harry Potter and Twilight, even if we have never read it. They're the elaborate side stories fans dream up when the books and movies don't do it for them. Well, it turns out there is also fan fiction for NHL players, and it's quite perplexing!

An author named Mahone-chic-89 has dreamed up--and written down--multiple novellas following John Carlson, Mike Green, Brooks Laich and the rest of the boys having a fun time in DC off the ice. In one story, John Carlson falls head over heels with "the top baker" from Georgetown Cupcake named Anne-Marie, while Mike Green keeps smoothing his faux-hawk and battles his jealousy over Brooks Laich having a new girlfriend. Hahahahahahahahaha!