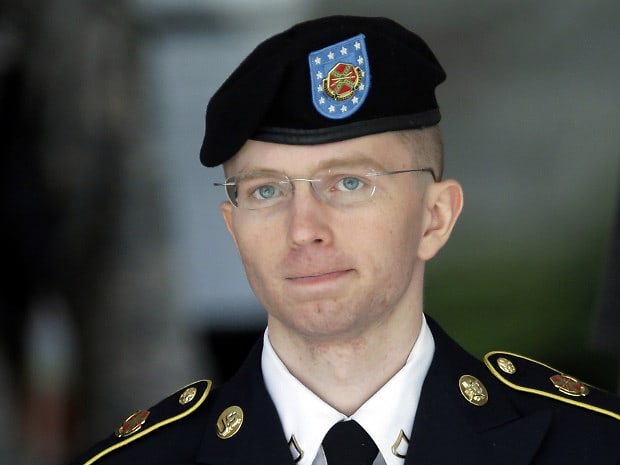 Can this NSA story get any weirder? Bradley Manning, who has suffered from sexual identity issues, has announced that he would like to be referred to as Chelsea and be addressed with female pronouns.

In a statement released by Manning, he she has discussed impending hormone treatments. Via Gawker:

As I transition into this next phase of my life, I want everyone to know the real me. I am Chelsea Manning. I am a female. Given the way that I feel, and have felt since childhood, I want to begin hormone therapy as soon as possible.

There's no indication what this could mean for her 35 years in Fort Leavenworth. Does this now mean that NSA means No Scrotum Attached?