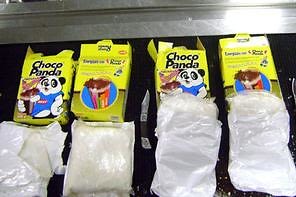 Well, juice boxes aren't just for kids anymore. Security officials say nearly 4lbs of cocaine was found hidden in juice boxes and a spice bottle Saturday night at Washington Dulles International Airport. The street value of the drugs could be as much as $120,000.

Officials found the 'goods' in the luggage of two Guatemalan men who were arriving from El Salvador. Apparently these two didn't get the memo that you can't smuggle colossal amounts of drugs in your luggage.