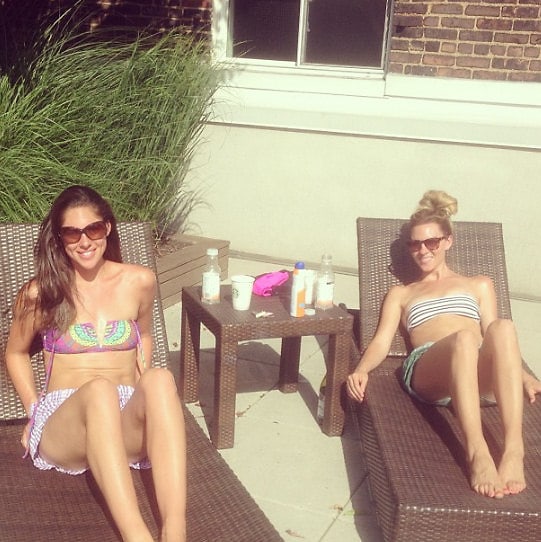 The svelte daughters of 2012 Republican presidential nominee Jon Huntsman took to Instagram over the weekend to show off their bikini bods. The almost-almost first daughters hardly get time to see each other, with Abby (27) married in New York working for Huffington Post Live, and Mary Anne (28) busy playing the piano at embassy events in Washington.

Luckily, the two ladies got to hang out on Sunday and take in some rays in NYC together.

The daughters became sensations during the 2012 election when they spoofed Herman Cain's smoking ad, and were profiled in a big piece in GQ.

Maybe Jon will try again in 2016--and if he wins, there better be some chaise lounges by the White House pool for the girls!