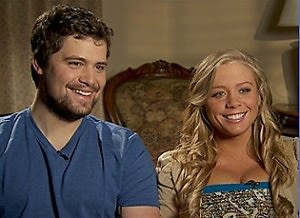 Here comes Levi with ANOTHER baby carriage! According to TMZ, Levi and his girlfriend Sunny Oglesby welcomed their new baby girl into the world on Wednesday and named her after a gun. This reason alone makes me want stricter gun control laws.With a name like Breeze Beretta Johnston, I'm sure that she'll be following in her daddy's footsteps and will be gracing a Playboy centerfold in 18+ years. Then again, with parents named after a pair of jeans and the weather, we didn't really expect her to be named Sarah.

But seriously, Levi. Condoms aren't that expensive. Wrap it up next time.