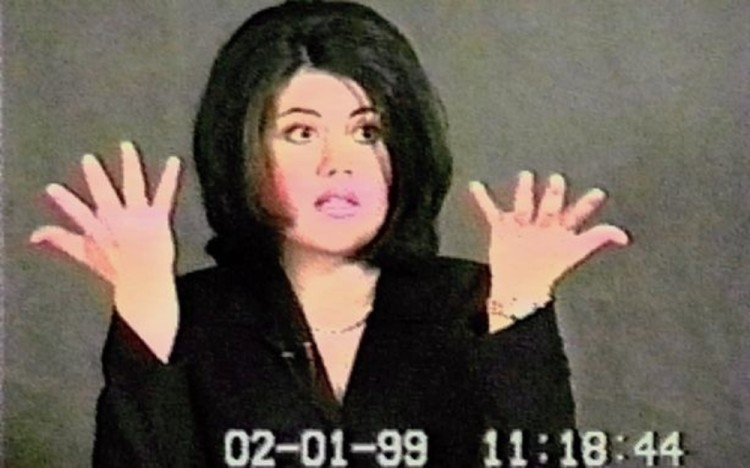 STOP WHATEVER YOU ARE DOING! MONICA LEWINSKY'S SEX TAPE IS HERE! I repeat, the infamous Monica Lewinsky tape is here!

The National Enquirer kept up their tradition of hard-hitting journalism by obtaining an audio of Lewinsky doing some dirty talk to Bill Clinton.

Lewinsky is heard trying to persuade Clinton to meet with her, seemingly desperate for another go. “I could take my clothes off and start. . . . I hope to see you later and I hope you will follow my script and do what I want,” Lewinsky says on tape, according to the unconfirmed report.

Lewinsky addresses the tape to someone named "Handsome" -- definitely a better porno-pseudonym than Carlos Danger.

What's most impressive about the entire tape is Lewinsky's logistics for the sexual escapade:

“Now the first thing that has to happen is that you need to preplan with Betty that you will leave the office at, I don’t know, at 7, 7:30, so that everyone else who hates me that causes me lots of trouble goes home,” she reportedly says on the tape.

Now that's what I call planning. Gurl def knew what she was doing.

The audio tape was believed to be destroyed back in the 90s but, like a good old-fashioned #TBT, it has resurfaced.