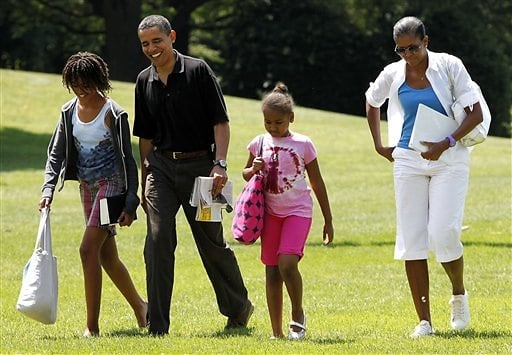 The First Family made the trek once again to WASPy playland Martha's Vineyard for an 8 day vacation, but it doesn't seem to be all fun and games.

Residents of the island have been disgruntled about the amount of road closures and check-ins. Previously, roads were closed just when he was on the go, similar to motorcades in the District. Now, however, the popular South Road is shut down.

According to Selectman Warren Doty, this decision was made without any consideration for the residents. Vineyard inhabitants haven't been this peeved since they started filming ABC Family's The Vineyard.