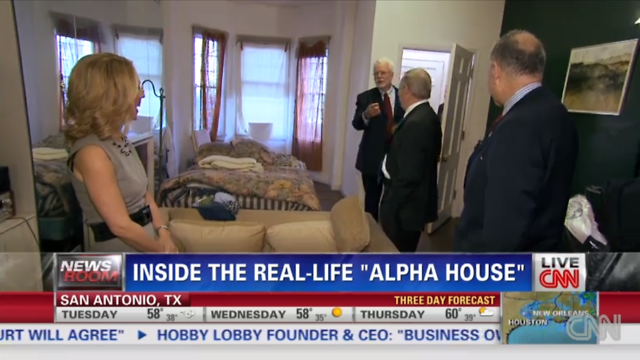 Remember when you would go to that grody college parties at your brother's frat house? Well, imagine a Senator living there and you've got Alpha House.

Alpha House, now featured in Amazon's poor attempt to jump on House of Cards success Alpha House, is the legendary home to some of the most powerful men in DC, and CNN got the VIP tour.

The house is home to Senator Dick Durbin, Chuck Schumer, and George Miller (who also owns the house.) Miller shacked up in the pseudo-frat house in the early 80s, according to CNN and has stayed ever since.

The video tour includes shots of burnt out outlets, broken chairs, and plenty of vinyls. The mess absolutely abhorrent -- but kind of amazing.