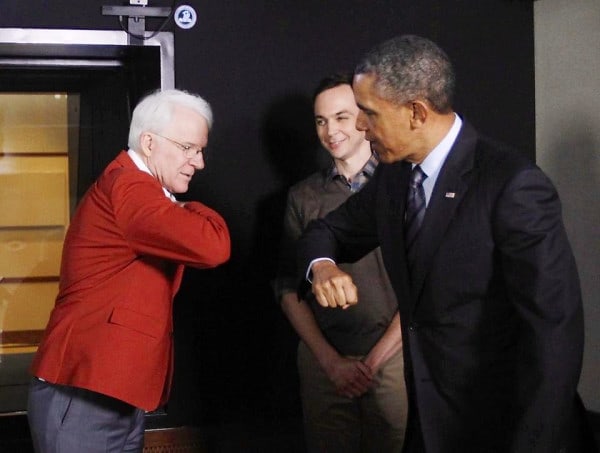 We've known for a while that POTUS likes to fist bump, but this is just ridiculous!

On a recent trip to Dreamworks Studio (JEALOUS), Barack met comedic legend Steve Martin. Steve, being the chivalrous guy that he is, didn't want to spread his cold so greater the prez with an elbow, rather than a hand, according to the twitter pic.

Let's be honest, this is one of the goofiest photos we've ever seen. Keep doing you, Barack!