Go HERE for more images from this game, and TAG your friends!

Team Brunette defeated Team Blonde in this year's 7th Annual Blondes vs. Brunettes powder-puff flag football game at GW's Mount Vernon campus field. Over 100 women raised money as football players, cheerleaders, and board members to end up with a healthy donation of $120,000 to the Alzheimer's Association.

After over three months of bar nights, a calendar party, brunches, t-shirts and emails, it all came together on Saturday afternoon with a game of blondes in pink, and brunettes in blue, complete with girly hairbows and matching black athletic pants. 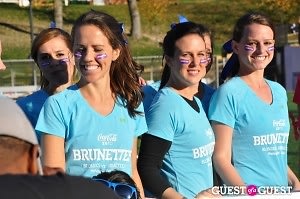 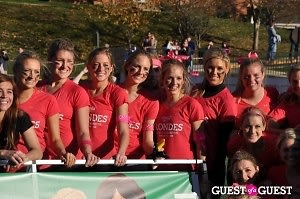 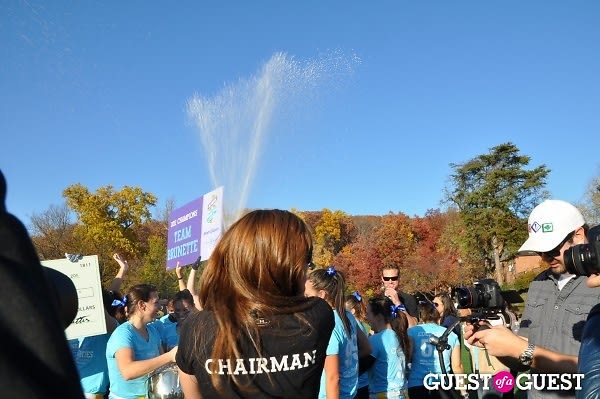 The game ended with Brunettes 26, Blondes 22. Team Brunette swarmed the field, and danced and cheered under the champagne foam Keri Ann Meslar and Tommy McFly sprayed on the team. Some even took sips of it right out of the trophy! 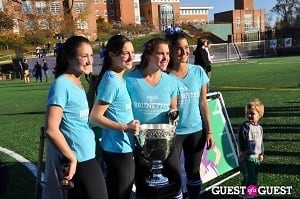 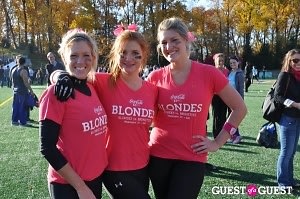 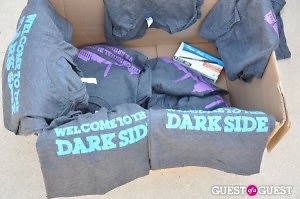 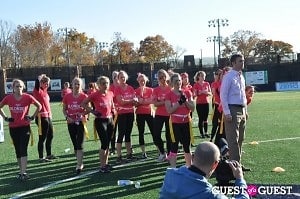 Aside from the brunettes, there was a dark side to the day: a couple of girls on the blonde team were not given a chance to play until the last minutes of the game (some declined, too much pressure? "I would have played if I were put in earlier" said a blonde, under condition of anonymity) and at least three top fundraising brunettes were snubbed playing time altogether.

As reported in the Washington Post, "A few players were never put into the game, raising some concern that win-hungry coaches were forgetting that this was supposed to be fun." Sounds about right. That's a lot of power for a handful of coaches to have: keeping girls from participating in game day after three months of hard work.

Coaches from either side were unwilling to go on the record with their reasons for not letting the girls play in the charity game. 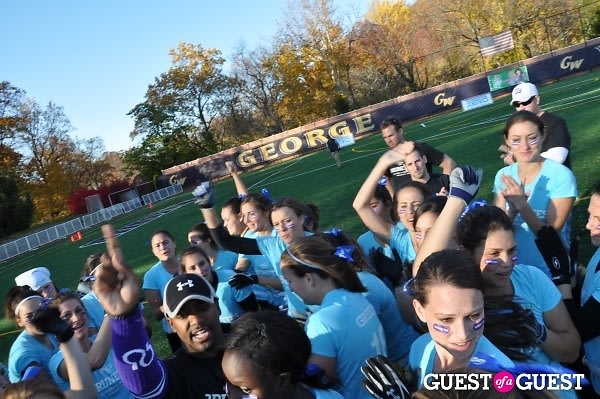 Team Brunette had another thing to celebrate in addition to their win. Sponsorship chair and life long brunette Lilly Harris had her first baby, born one day earlier on 11-11-11. Lots of girls giddily talked about the "win for Baby Harris" after the game. 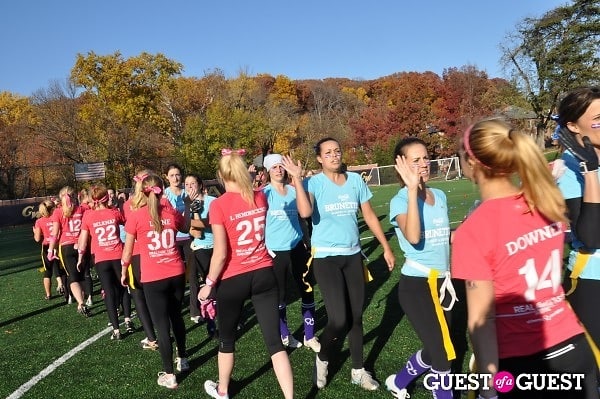 We look forward to BvB 2012! Will the blondes steal back the trophy, or are the brunettes on to a new winning streak?