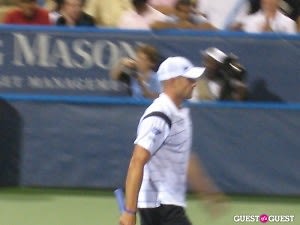 The Legg Mason Classic was full of heat last night. In the second day of the tournament, fans from all around the DMV disregarded the long lines and parking chaos to enjoy the A List tennis matches held at the Rock Creek Park Tennis Center. And GofG arrived early enough to spot the pleasant and friendly Andy Roddick signing autographs for fans after his vigorous early session training with Coach Stefanki.

The night started off with Mardy Fish winning--who, by the way lost thirty pounds and has won eleven matches in a row since his recent weight drop.  Congrats to Fish for using the new physique to show off on the courts! 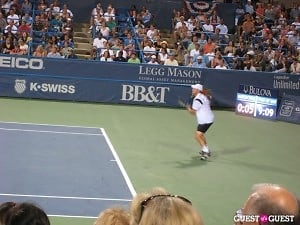 It was a great night of tennis that endured past the midnight hour with other great wins from the HOT Spaniard, Fernando Verdasco in a tight 3rd set win (7-6).  Another looker, Andy Roddick capped off the night with an efficient 6-4, 6-4 win.

John Isner hit the court late for a rematch against Thiemo de Bakker (who beat him in the 2nd round of Wimbledon) but Isner regained himself, beating de Bakker in a tight match.

Fans cheered as they watched anxiously to see the great A list roster show off its skills, and even stayed past midnight hoping that the 6'9 Isner would come out strong for this match. Of course, he didn't disappoint them! 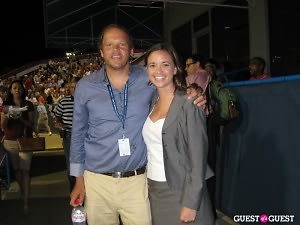 In the the stands watching the consistent and super powerful Roddick, we also spotted Mark Ein, founder and owner of D.C. World Team Tennis team, the Washington Kastles.  Maybe Mark was trying to pitch the great Roddick to come play for the Kastles next season. Hmmm... We wonder... 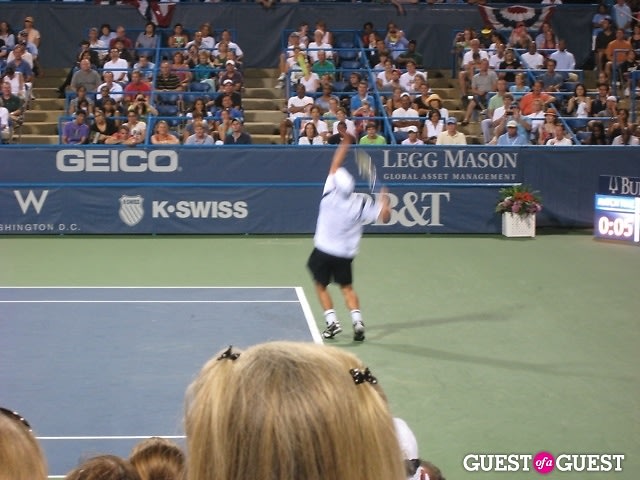