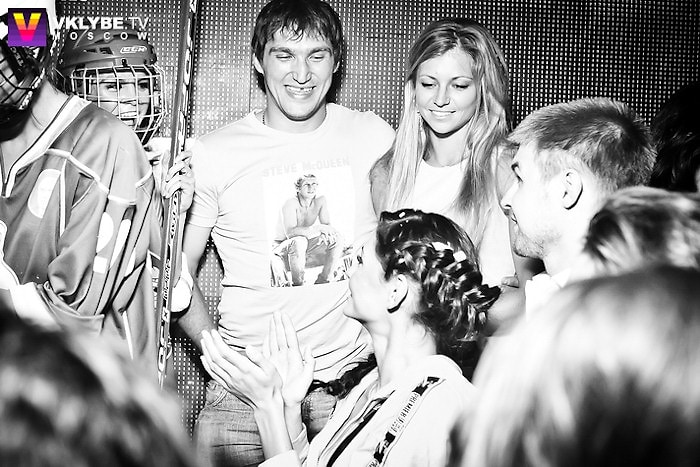 Capitals hockey star and two time NHL MVP Alex Ovechkin, 26, is taking it easy in London while his girlfriend, tennis star Maria Kirilenko, 25, does everything she can to try to bring home some gold for Russia.

It's the offseason for Ovie. He's tweeted photos from the Olympics this week, but one really set the internet ablaze: her left hand was showing off what appeared to be a gigantic sparkler.

NBC4's Dan Hellie asked Ovie about the ring, and he told Hellie. "No, no, not engaged. I don't know, some fans [asked] on twitter, 'are you guys engaged?' It's not an engagement ring."

"Is it coming soon you think?" Hellie asked.

Ovie laughed and said, "Well, we'll see how it goes."

Ovie goes on to say that although he practiced with her at Wimbledon, usually he just plays one-on-one with her father. 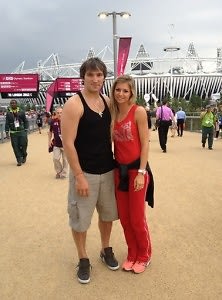 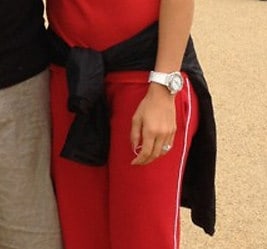 During Kirilenko's offseason, she was reportedly in Washington with Ovie, and helped out with the GW women's tennis team. She continues to peak in her tennis career--she is ranked 15th in the world right now. Kirilenko is besties with Maria Sharapova.

"Marovie" have been together since rumors first swirled of their romance in fall 2011. He made it "twitter official" on November 30 when he wrote, "Me and my girlfriend Maria....she is my queen!!!!"

Ovechkin played for Russia in ice hockey at the 2006 and 2010 Winter Olympic Games, but the team did not medal.

They vacationed together in Paris in May.

Ovie also met Serena Williams today, one of the star tennis players of the Washington Kastles tennis team. Maybe we will catch him at a Kastles game next summer!