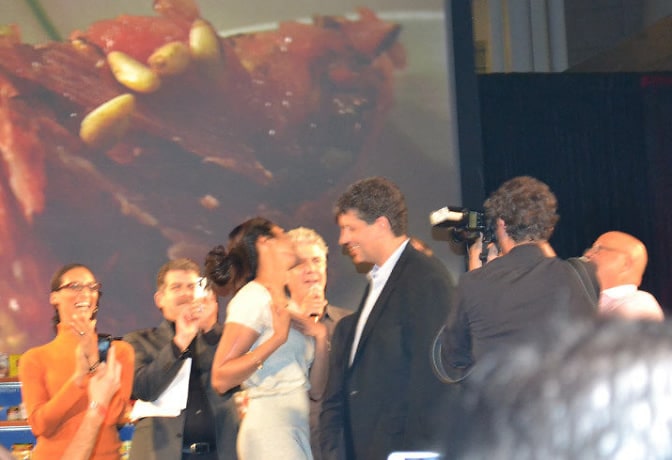 According to E!, during the auction portion, a gentleman paid a $1,000 to eat a piece of Ibérico ham off her collarbone. From the pictures, it appears this was a worthy expense for this gentleman. You know, because it went to charity.

Capital Food Fight, hosted by José Andrés and Anthony Bourdain, brought out other big names in the food industry like Andrew Zimmern, Jeff Buben of Vidalia and Bistro Bis who won the competition, Carla Hall of Top Chef fame and co-host of ABC's The Chew, Bourbon Steak's Adam Sobel, Guillermo Pernot of Cuba Libre, and Enzo Fargione of Elisir.

The evening was a success as it raised $600,000 for the DC Central Kitchen. 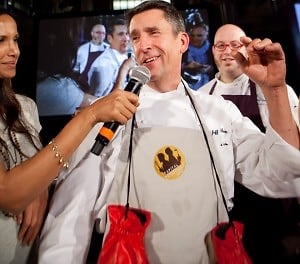 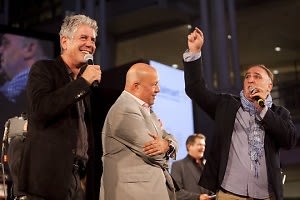