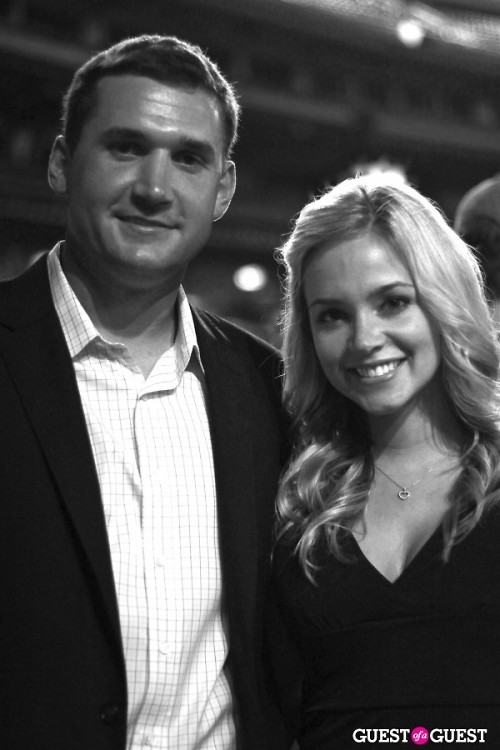 The rumors are circulating: baseballer Ryan Zimmerman, 27, and Heather Downen, 27, have been together for a year and a half, and he surprised her with a first-class flight to Italy this weekend. Is the time ripe for this blonde beauty from Northern Virginia to come back with a ring from one of DC's most sought-after bachelors?

In addition to the perks that come with seriously dating the face of DC's baseball team (jetting to games all over the country, fancy gifts and dinners, her birthday party at the W POV rooftop, etc.) we hear she gets along swimmingly with the other baseball wives, his dog, and most importantly, his family. When they're in town, she'll often sit with his parents at games.

It takes two to tango: Zim has a reputation for being down-to-earth and we hear he has likewise charmed the Downen family, including her local little sister Lindsey.

Plus, a lot of the guys on the team are married or in serious relationships, like the famously married pitching sensation Stephen Strasburg. There was also a quadruple bridal shower a little while ago in a Nationals Stadium suite for the fiancees of left fielder Laynce Nix, pitchers Todd Coffey and John Lannan, and hitting coach Rick Eckstein, which she attended. Heather also attended pitcher Collin Balester's wife's baby shower.

We've never seen him so smitten, and Italy is too romantic of a spot for him to just surprise her with. Don't let us down, Zim!