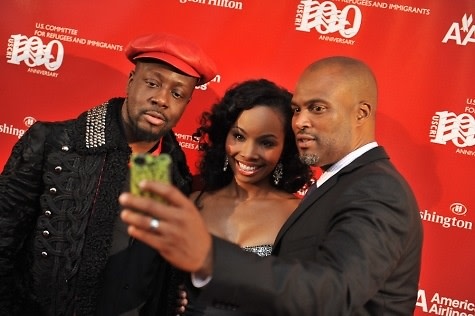 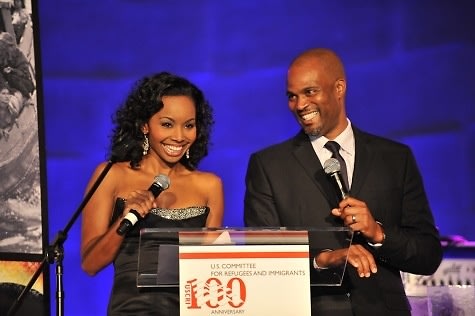 On Wednesday October 19, 2011, Grammy Award winning artist Wyclef Jean showed his support for the US Committee for Refugees and Immigrants at their 100th Anniversary Gala in Washington D.C. with a special performance. The 100th Anniversary Gala was hosted by Cynne Simpson, local ABC News Anchor, alongside comedian/tv personality Chris Spencer [pictured, left; right with Wyclef Jean].

Held at the Andrew Mellon auditorium, Wyclef performed all of his hits as well as some new songs. There was actually a point in the night during Wyclef’s performance where he challenged the entire crowd of ambassadors, delegates, and celebrities at the gala to a dance off! The crowd was loving it so much that a circle immediately formed and there were people dancing the night away. It was quite a site to see. 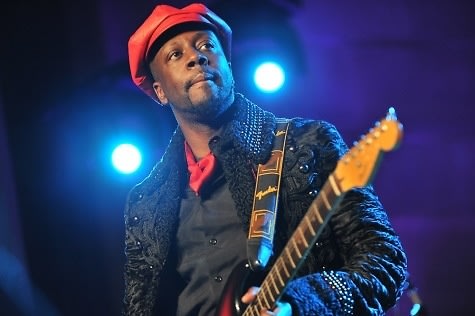