While her sister is keeping herself busy with routine visits to courthouses, jails, shoplifting education classes, collecting bail bondsmen contacts on speed dial, and cleaning morgues, Ali Lohan is making her foray into modeling, and just scored her first cover deal with Fault Magazine. Let's take a look at the younger Lohan's modeling chops in the winter editorial. 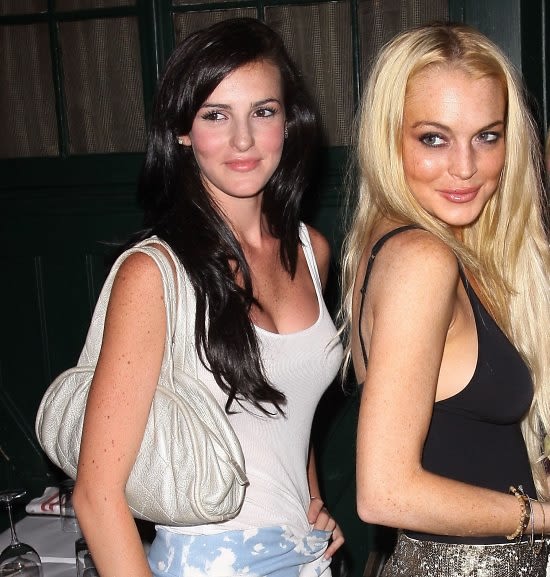 [Ali Lohan, Lindsay Lohan via] The other, other Lohan who recently fell under the scrutiny of the media after an apparent dramatic transformation that, despite her camp's insistence is 100% natural, looks like the result of having a little work done. At 17-years-old, yeah, that's a little young to be getting plastic surgery, but who really cares? I can see if you don't want your impressionable teenage daughters thinking they need plastic surgery to become relevant because Mother of the Year Dina Lohan said so, but is the American public still unclear that the Lohan's probably aren't ones to be followed by example? Have we not established that to be a respectable member of society one should ask themselves, what would a Lohan do?, and then do the exact opposite? No, not yet? That's okay, I'll wait.

[All Fault photos shot by Steven Gomillion and Dennis Leopold, via]