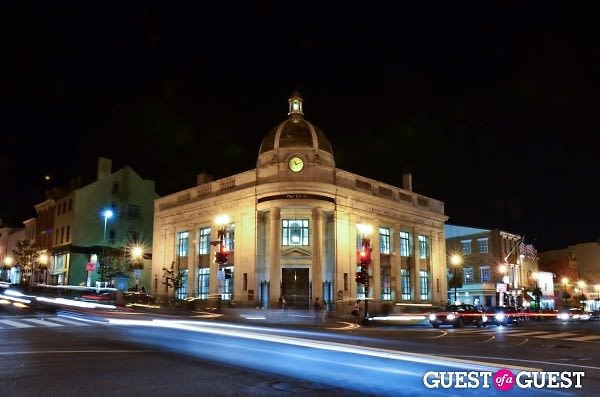 [Photos by Vithaya Phongsavan for Guest of a Guest]

Last night was Fashion's Night Out in Georgetown. I wish I could match the enthusiasm of our NYC-based Editor-In-Chief. Only some of the "100+ participating stores" put forth a so-so effort to do something different.

Let's start off with something nice to say. Everyone looked amazing. Literally every Washington social hit the streets to strut their most fashionable looks on M Street and Wisconsin Avenue. We loved the clothes, hair, and shoes we saw on everyone walking around. It's clear that there is a very strong fashion scene in Washington, and that people here take their clothes very seriously: 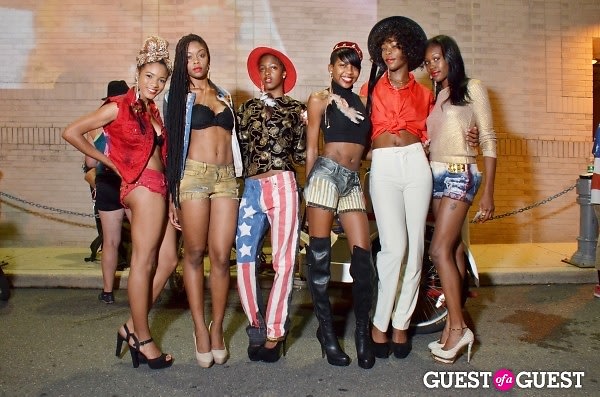 Now, the real deal. It's no secret that DC is not New York, and we get excited when we spot our celebrity chefs and DC Housewives at these sort of things. We are used to making do. What we are not used to: going to parties that run out of alcohol in the first thirty minutes, cash bars at the touted "it" tent of the evening at Dean & Deluca, and a dearth of appetizers (one event at a shop on Wisconsin Avenue had two large dirty plates, where appetizers once were, sitting out for an hour in the middle of the room. How glamorous!).

The stores aren't luring in customers and fashionistas promising sales or major giveaways (except for one shoe shop on M Street, which was unloading "six seasons" of old shoes for 80% off. Gee, thanks.). Nevertheless, every store we visited was packed with well-dressed young men and women, and they seemed happy enough just running into friends over and over again and, of course, buying things.

Shoppers came out for something sparkly and fun, and what we got was merely "something different." Guests waiting in a never-ending line at a Georgetown salon for a blowout just stood there without drinks in their hands.  Many places opted for burned CDs over DJs, and even Mike Isabella was out of town. Overall, the evening made it clear that most of Georgetown's shops are unwilling or unable to shell out the money for a decent Night Out--especially compared to the money dished out by the customers. Over and over again, we met with exhasperated and happy store managers and shop owners that were "breaking Thursday records," while shoppers pulled out their phones, looked up the FNO website, and tried their best to score just one friggin' free cocktail and rest their heavy shopping bags.

Ralph Lauren, Urban Outfitters, All Saints, Rag & Bone, Michael Kors, Brooks Brothers, Lululemon, Jack Wills and J Crew? They didn't do anything different, according to the FNO Web site. They just stayed open a few hours later to cash in on the foot traffic.

Here is more of what we were looking for: Urban Chic got the famous fashion artist Inslee Haynes to come in to sketch shoppers that bought over $250 in merchandise, and guests left with their hair done by Easel Hair Studio after donating to Habitat for Humanity. There were cupcakes, treats, and even a few socialites, as they brilliantly pulled in Cori Sue Morris and Becca Clara Love from Bitches Who Brunch to help host the evening. After running out of champagne, one of their dozen smartly dressed employees quickly procured more alcohol and dressed it with a sparkling red mixer.

After flagging down a pedi-cab with one of our writers and a friend, we agreed that open air ride at the end of the night was the highlight of the evening. Then, we ran into a mangy/adorable cute kitten that was looking at us from that sketchy cigarette shop by Bandolero, and then we really felt like we hit the FNO jackpot.

Then, we went into Bandolero, which was out of Devil-Wears-Prada drinks and settled for expensive margaritas that were way, way too syrupy. I swear I am not trying to find more negative things to say. They were actually that terrible.

We all want DC to sparkle, and FNO is a great chance for our flagship stores in Georgetown to shine. Unfortunately, this year they missed the mark. Once again, we all made do. 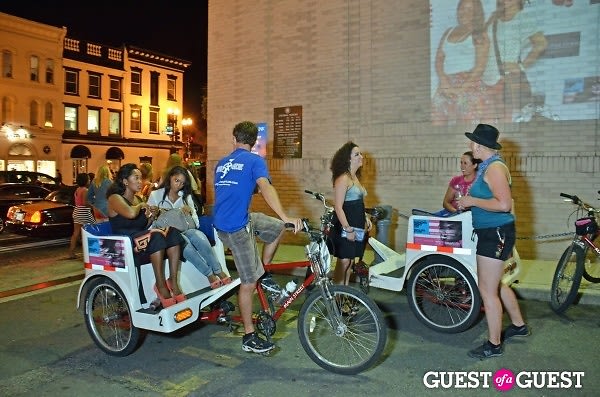 [Edited 9/9/12 - Mike Isabella was out of town for FNO, and Gap hosted celebrity stylist Stephany Greene, author of Stephany's Style Secrets; 7 Steps to Live and Dress Your Best. Previously, we incorrectly reported that Gap did not participate in FNO.]