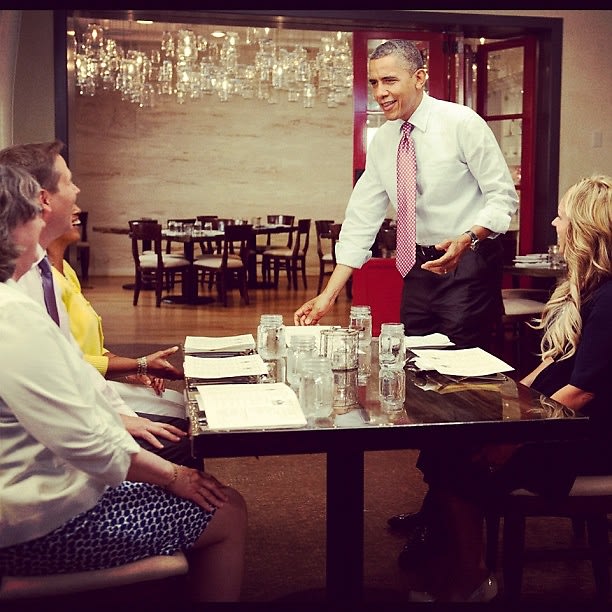 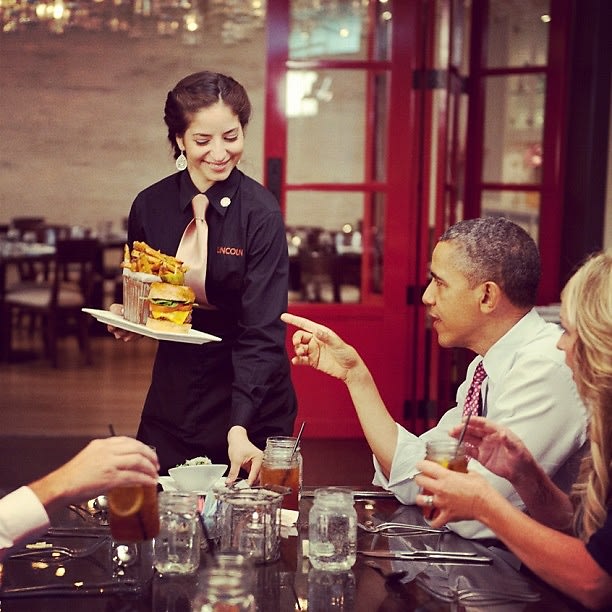 President Obama's 2012 campaign instagrammed (Amaro, no border) his dinner Friday at Lincoln with the March winners of the "Dinner with Barack" contest. The four winners, who entered the contest via a donation lottery on his campaign website, were flown in from Arizona, Maryland, Michigan and Ohio.

Obama ordered Lincoln's kale salad with lemon vinaigrette, the all-natural burger with cheddar cheese, and washed it down with sweet tea.

Previous 'Dinners with Barack' were held at Liberty Tavern in Arlington, and Scion in DC. Winners also receive one night in a hotel. They are not allowed on the grounds of the White House, as it would violate election laws.