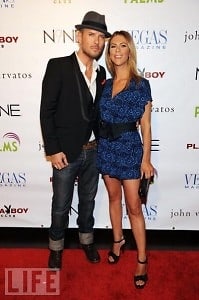 Kate Bennett has only been at the helm of Capitol File for a little over a week, but she's no stranger to D.C.  She left Niche Media's Vegas Magazine to come here when former Cap File EIC Sarah Schaffer became Cap File's publisher.

And here, D.C., is home to Bennett, who grew up in Chevy Chase.  She left D.C. to attend a Connecticut boarding school, and since then has spent more time away from D.C. than in it.

After graduating from St. John's college, Bennett worked at "Hard Ball with Chris Matthews."  Right as the whole Monica Lewinsky thing went down (or was it she who went down...?).  It was an exciting time to be working with the show, and catapulted her on a track the led her to write for Vegas Magazine.  After so many well received pieces, Vegas Magazine had to have her as their editor in chief.  And it did.  Bennett spent a little over a year as Vegas's EIC before heading to D.C.

Bennett is quick to point out she thinks Shaffer did a great job while editor in chief and as a result Cap File does not require any kind of over haul.  But Bennett does look forward to relaunching Capitol File's website which will serve as a platform on which Capitol File can share content that might not be able to fit into its six issues per year. 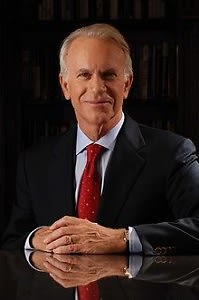 Bennett's slowly re-familiarizing herself with D.C., where she has some serious roots.  Her father is James K. Glassman (left), a man whose achievements and accolades cannot fit into a concise, pithy dependent clause.  Over the years, he's been part-owner and editor of Roll Call, publisher of The New Republic, President of Atlantic Monthly.  In 2008, Glassman became Under Secretary for Public Diplomacy and Public Affairs under Bush.  The list of noteworthy belt notches goes on, but our focus is Bennett.

Bennett moved back east from Vegas with her husband and daughter.  Bennnet met her husband, who actually hails from Annadale, in Vegas.  He had headed out there to open Chesapeake Bagel franchises.  While Vegas wasn't ready for the bagel, it was ready for real estate.  Bennett's man fared better in the latter than the former.

Back home with her husband and her five year old daughter (who just started kindergarten!), Bennett can make sure her little girl gets to do all the things that made her childhood in D.C. memorable like see the Nutcracker at the Kennedy Center, and head to whichever Smithsonian museum tickles her fancy.

Furthermore, Bennett joins the Capitol File team as it celebrates its fifth anniversary.  While Bennett can't divulge who the cover star will be at the cover party that will double as Cap File's birthday celebration, she promises the person will be huge.

We look forward to seeing what Bennett can bring. 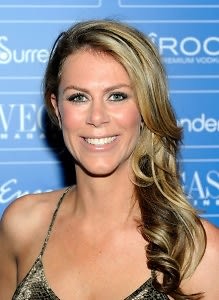