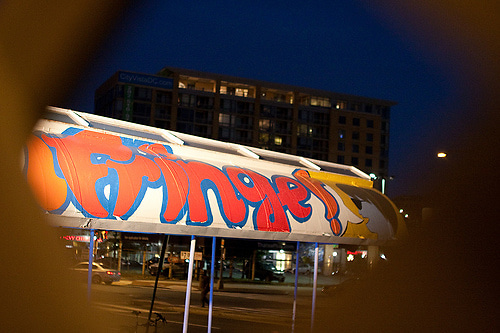 Last night marked the opening night of The Capital Fringe Festival. In its 5th year, the Fringe Festival provides an open-access, no-rules, performing arts festival to the District.The non-profit supplies a venue, ticketing, and marketing to local artists looking to share their talents with an audience. Last year, 25,500 tickets were sold for the festival, and Fringe has even higher expectations for this year's turnout. 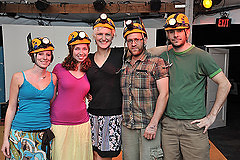 The reasoning behind the festival stems from the belief that institutions, politicians, committees, and other higher-ups determine the 'artistic value' for audiences instead of allowing the viewers to form their own opinions. Fringe Festival allows members of the community to share their art with the public when they may not have had the opportunity to do so before, as well as give viewers a unique experience with quirky and entertaining performances.

The opening night included many events such as EQUILIBRUIM, an original play by No Small Parts and held at Busboys and Poets, The Horrors of Online Dating, a provocative musical comedy performed by the Molotov Theatre Group at 1409 Playbill Cafe, and the Fringe Festival Opening Celebration. The opening party was located in the Baldacchino Gypsy Tent Bar in the parking lot next to Fort Fringe, and served up drink and food specials to celebrate the Fringe's fifth year in the District. The Baldacchino Gypsy Tent Bar will remain open and will be used as an additional location for performances until the end of the festival on July 25th.

The Fringe Festival will continue in D.C. until July 25th. A schedule of performances and more information about this midsummer arts fest can be found on their website.