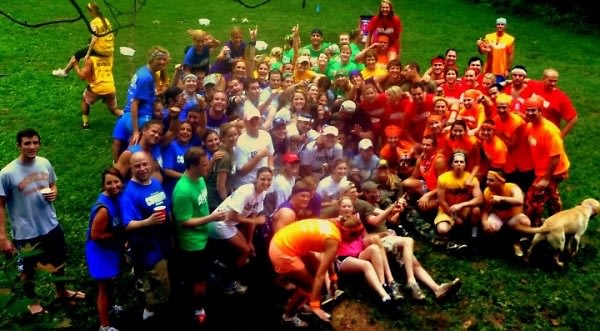 When we were younger, summer meant a number of things: ice cream, summer camp, (or summer school if you were particularly delinquent) and color war.  But when you're an adult, and a friend of Sargent Courtney Stecker, you can relive those days when color war was all the rage, and you can rage while doing so.

While games such as tug o' war were fun in and of themselves when we were twelve, they're that much more enjoyable when grown-up drinks are added to the mix.  So, Sunday afternoon, ColorWars went down at Georgetown's White Haven Park. 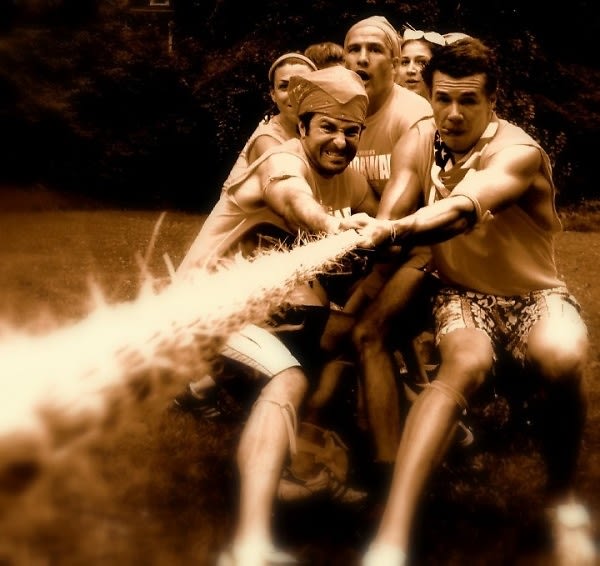 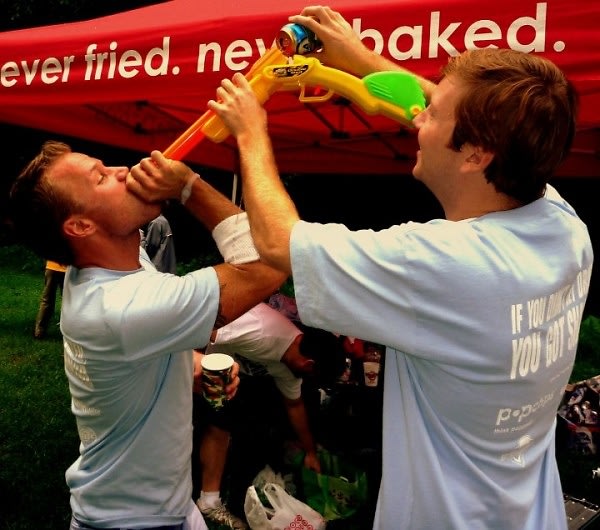 But doesn't this whole color war thing look so much more fun when drinking is involved?!

Oh, and happy belated birthday, Sarge Stecker.  This color war was, after all, in celebration of the Sarge's anniversaire.