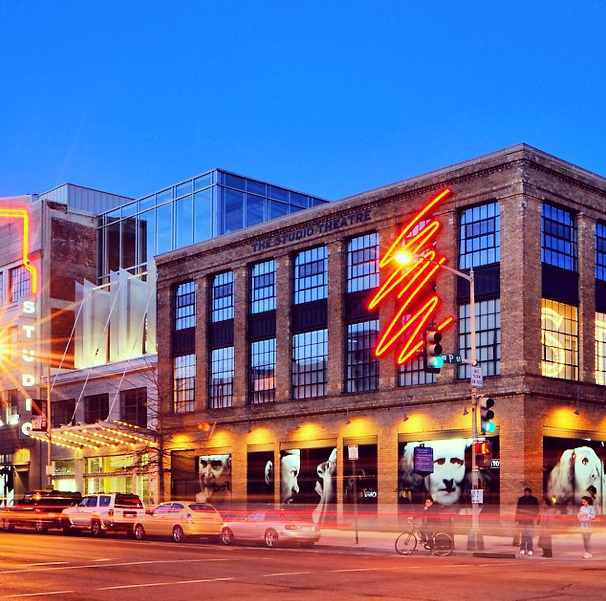 From the halls of Congress to pulpits and court houses around the country, there is so much noise around abortion and women’s personal experiences that have been silenced and left out of the conversation.  In an effort to shatter that silence, Advocates For Youth's 1 in 3 Campaign will elevate the voices of hundreds of women with ground breaking production: 'Out of Silence'. 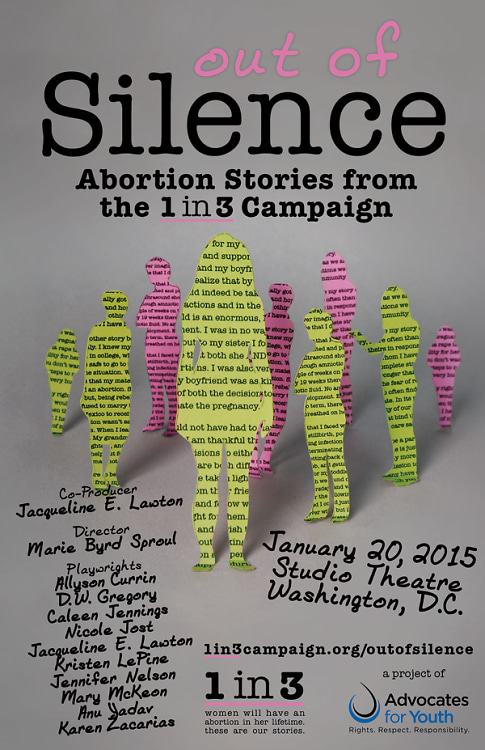 On Tuesday, January 20, Advocates for Youth will break new ground with their production: Out of Silence: Abortion Stories from the 1 in 3 Campaign. The 1 in 3 Campaign, a project of Advocates for Youth that recognizes young people's rights to sexual health information, is a grassroots movement designed to ignite a new conversation about abortion helping to end the stigma around abortion care in America.

The Campaign will welcome playwrights, feminists, youth activists, theater enthusiasts and abortion care supporters to delve into this insightful production at DC's historic Studio Theatre. Composed of 13 scenes from 10 different female playwrights, the play is derived from the over 600 stories submitted to the Campaign, which represent women from a wide array of situations, ages, and backgrounds. The production's sole mission is to create a new conversation about abortion, moving beyond the political rhetoric by creating a more personal understanding of the role abortion plays in women’s lives. Following the production, co-producer Jacqueline E. Lawton, actress/playwright Anu Yadav, and playwright Nicole Jost will host a panel discussion and open a Q&A session based on the production.

With a renowned team including playwright Jacqueline E. Lawton and director Marie Byrd Sproul at the helm of the production; attendees can be sure that "Out of Silence" will be an enlightening and thought-provoking piece. "Out of Silence"  will begin at 7PM following a celebratory reception in the Studio Theatre lobby at 5:30 PM. View ticket information HERE!

Out of Silence: Abortion Stories from the 1 in 3 Campaign