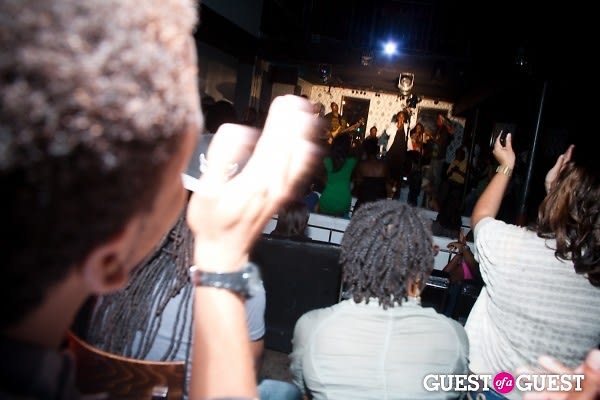 Go HERE for more photos by Nick Brezzell and to tag yourself and your friends!

Every Tuesday night, aspiring artists can muster up some courage, quell any stage fright, and head to Bohemian Caverns for Up and Up, an open mic free for all at which you can test the crowd's reaction to your talent (or lack thereof, whatever the case may be).

The legacy of Up And Up solidifies its popularity in the District: six childhood friends started UAU in 1998 as a "social group," and it spread like wildfire.  First kids at their high school were feeling the t shirts the crew made for itself, and those not included in the original gang wanted the shirts.  Then their social group morphed into a movement of sorts. 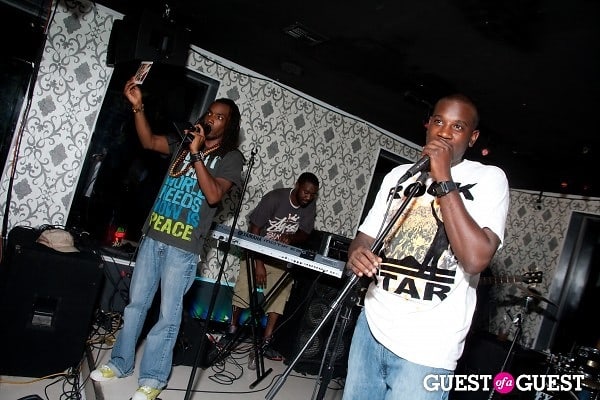 While Up And Up started hosting open mics near Morgan State University in Baltimore, they moved down to D.C. in 2009 and have enjoyed popularity here ever since.

House band Mambo Sauce serves as a backdrop for open-micers, and the Up And Up evenings are hosted by Michael Thompson of Lissen Band and Black Boo of Mambo Sauce.  While there are very few rules at UAU, a rule that cannot be broken is that open mic performers must perform with Mambo Sauce as their musical accompaniment.  No CDs, no pre-recordings.  It's not such a bad rule; Mambo Sauce has performed along side notable artists such as Nas, Deadprez, Damien Marley and The Clipse (among others).  Who wants a recording when you've got Mambo Sauce live?