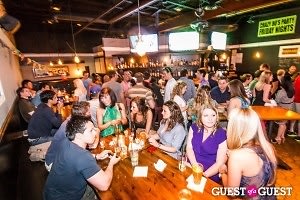 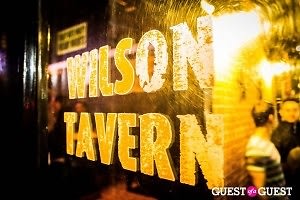 Go HERE for more pictures by Bryant Templeton, and TAG yourself and your friends!

Wilson Tavern, which has technically been open for a few months at 2403 Wilson Blvd, re-opened on Friday with an 80's party and new ownership under nightlife mastermind Reese Gardner. Reese put in a top-of-the-line sound system, and weekly specials like $2 mahi-mahi fish tacos on Tuesdays, 25-cent wings on Mondays, and a new weekend brunch menu with $2 mimosas and glasses of champagne.

The first 50 guests left with Wilson Tavern t-shirts and everyone got a chance to take a shot from the ice luge. We were most excited about the bar's new signature drink, the "Brown Flip Flop," which pays homage to the Rainbow-clad people of Arlington. 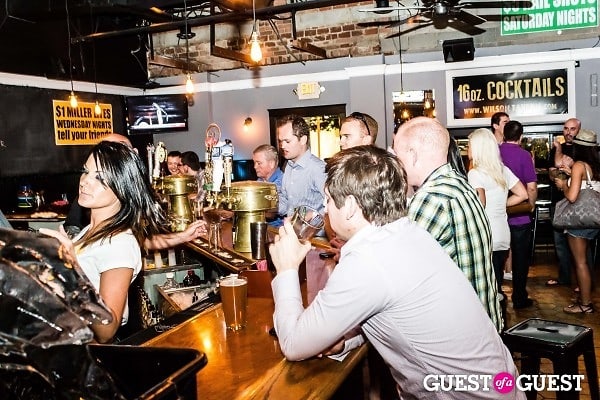 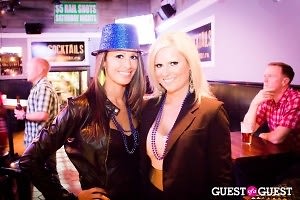 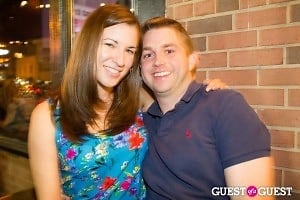 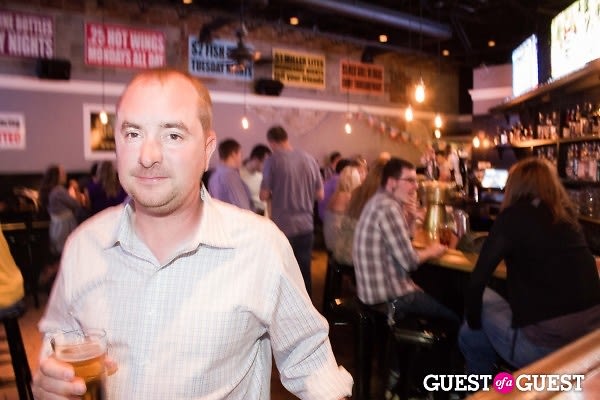 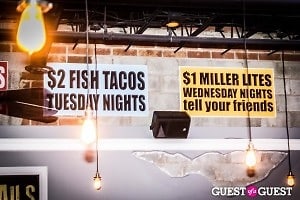 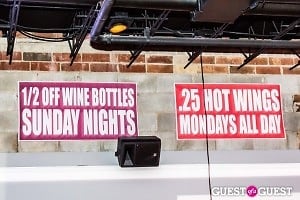 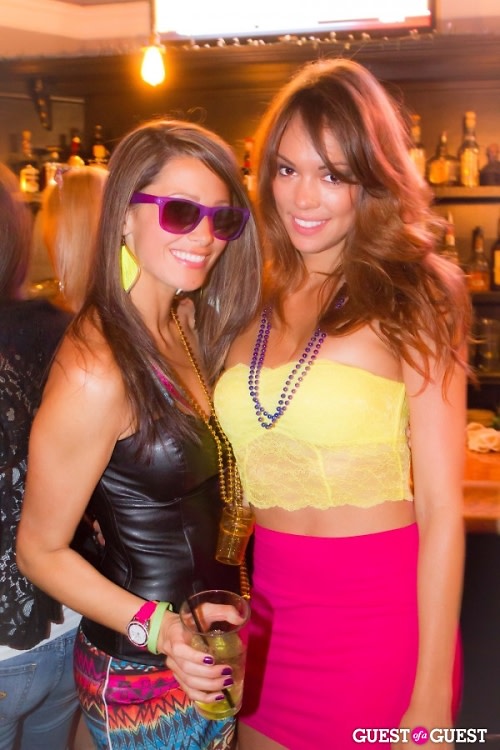 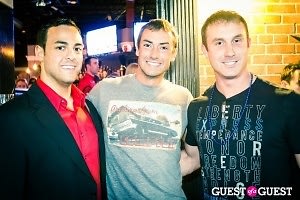 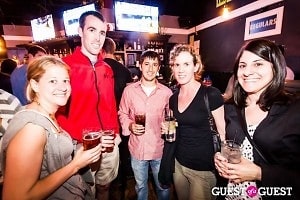 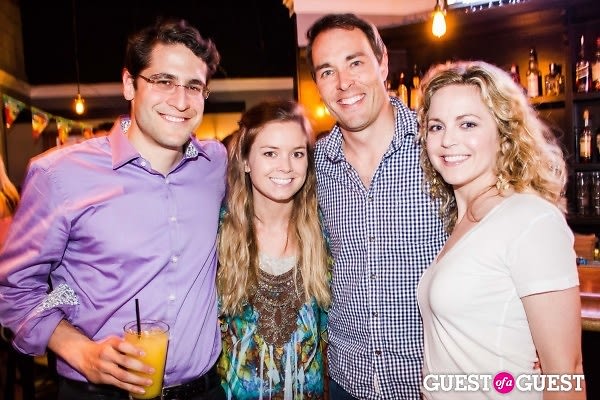 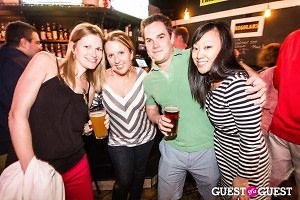 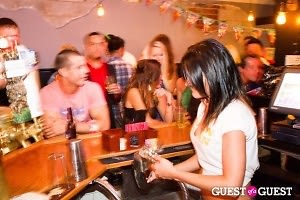 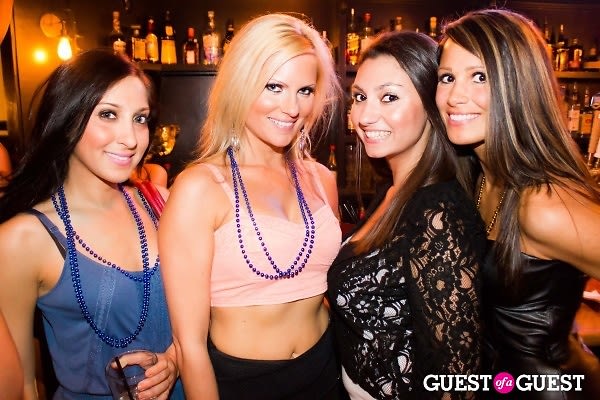 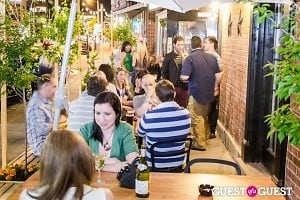 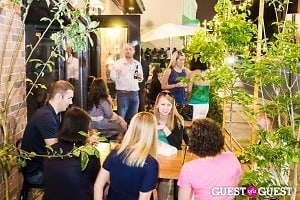 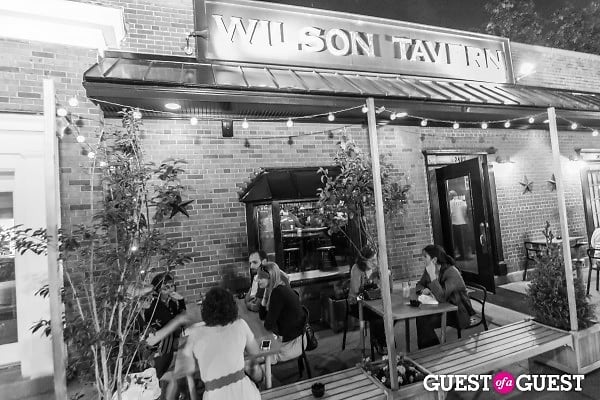