We understand that the most recent reasons to avoid the Metro like the plague are not directly Metro's fault.  Crossed signals, Metro train and bus drivers texting/shmoozing with friends/family while operating our public transportation are the fault of Metro employees and machinery.  Brawls and terrorism threats are not.

And because there exist these new dimensions of danger on the Metro, we simply cannot condone using the Metro system. 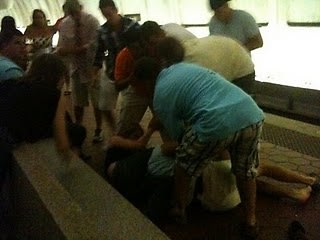 The Bethesda brawl [via]

A huge brawl at the Gallery Place/Chinatown metro stop took place late last week, but UnsuckDCMetro reported there was also a previous brawl at the Bethesda metro that garnered less attention.

And now, NBC4 reports that an unknown D.C. Metro stop is a potential terrorism target.  While Metro Transit Police say the threat is pretty unfounded, it remains fuel to the proverbial panic fire.

- Frankly, we are not going to take our chances on Metro anymore.  Basically, we run the risks of:

getting crunched and crushed in an accident

getting knocked out in a mass skirmish

getting blown to smithereens

So instead of taking the Metro, here are a few alternative modes of transportation to get around D.C. 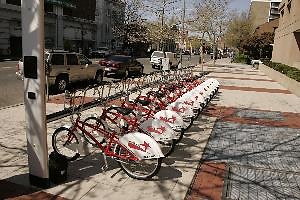 SmartBike DC offers public, shared bikes throughout the city.  Modeled after the first self-service bike rental in Rennes, France, SmartBike DC is basically like ZipCar of bikes.  You register online, get a user card, and peddle to your heart's content. 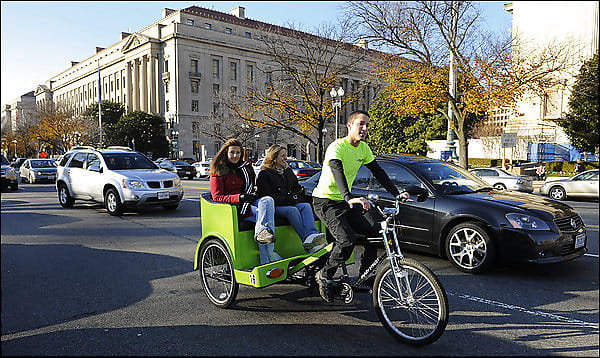 DC Pedicab is kind of like you're riding a bike, in that you're traveling via a two-wheel apparatus with wheels, but in this case someone else is doing all the work.  Just like a cab on wheels on a bike, Pedicabs can be hailed on the street, or called for in advance.  Just look how cute everyone is in their Pedicabs. 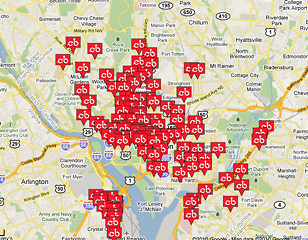 While the program has yet to be launched, DDOT and Bike Arlington plan to expand on SmartBike DC's success and include more public biking stations (see above), in addition to expanding into Arlington, with Capital Bikeshare.  Expect the launch this fall.

Other transportation options include:

Getting your own bike (or unicycle, or roller blades, or one of those weird recumbent bike things) or WALKING.  There's a thought.