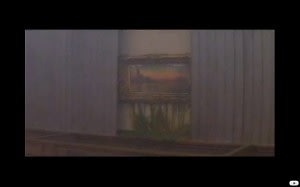 When we think of sprinklers in museums, we think of the epic last scene in The Thomas Crown Affair where the only real damage is that a piece of art painted in water paint melts to reveal a Monet underneath. But the Philipps Collection wasn't so lucky this morning. A fire broke out around 8:30 a.m., activating the building's sprinkler system and likely causing smoke damage to some of the art housed there.

DC Fire Department spokesperson Pete Piringer said firefighters responded to an automatic fire alarm call from the building around 8:30 a.m. and found fire and smoke coming from the roof. Thanks in part to the building's automatic sprinklers, the fire was kept in check and took around 15 minutes to get under control, Piringer, who is currently on his way to the scene, said. 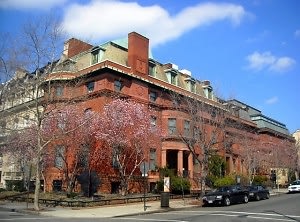 "There's mild smoke damage upstairs and water damage," Piringer said. "We're working with the curator to move artwork from the area, but we don't know the extent of the damages if any."

The current state of the building's art is unclear, but TBD is reporting that the gallery is currently housing some of The Allen Memorial Art Museum at Oberlin College's works, including art by Picasso, Roy Lichtenstein, and Jackson Pollack.

Piringer also said that the building was quickly evacuated and there were no injuries. DC Fire and EMS are working to determine the origin and cause of the blaze. The planned Phillips after 5 party has been canceled, says DJ Adrian Loving who was scheduled to spin at the event tonight.