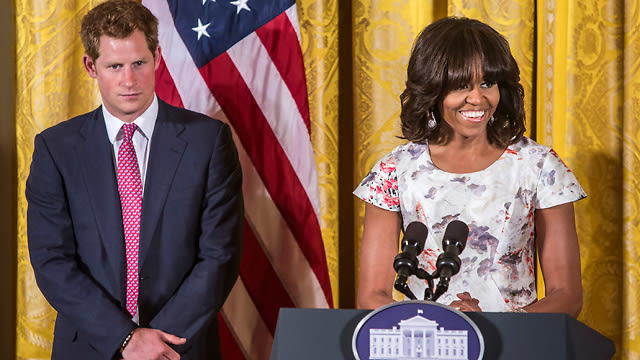 His royal hotness Prince Harry is wrapping up his visit to Washington, which included a stop at the White House yesterday. Nevermind the throngs of female Capitol Hill staffers that lingered around for a glimpse of the prince earlier that day...the real babe was first lady Michelle Obama, who was rocking an on-trend floral dress by Prabal Gurung, long bangs, a curly bob, and makeup by Carl Ray for her meeting with the young royal.

The prince was in town to advocate for landmine safety, honor fallen American heroes and war veterans, and hang out with the British Ambassadors (he sat next to Lady Westmacott, the British ambassador's wife, for a whole dinner...lucky betch), and will jet to other US cities over the next few days as a part of his US tour.

President Obama, meanwhile, was in Austin, Texas, rendering him unable to tell his wife to look less pretty for the royal visitor. 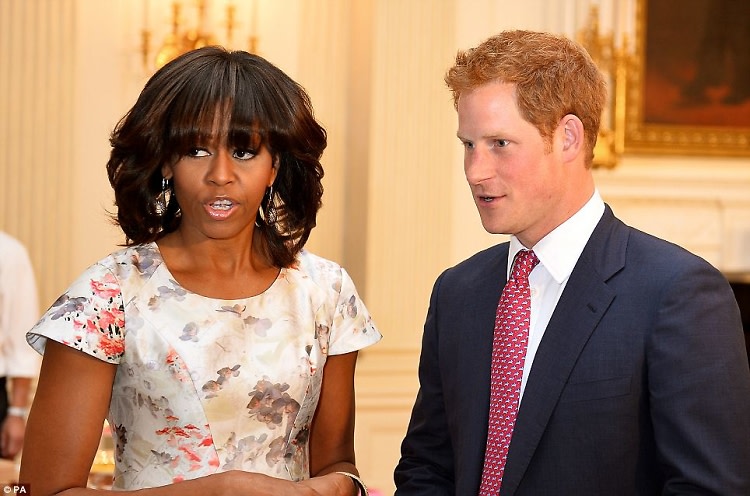 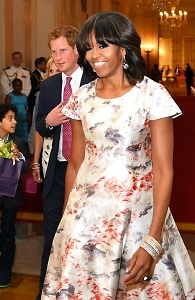