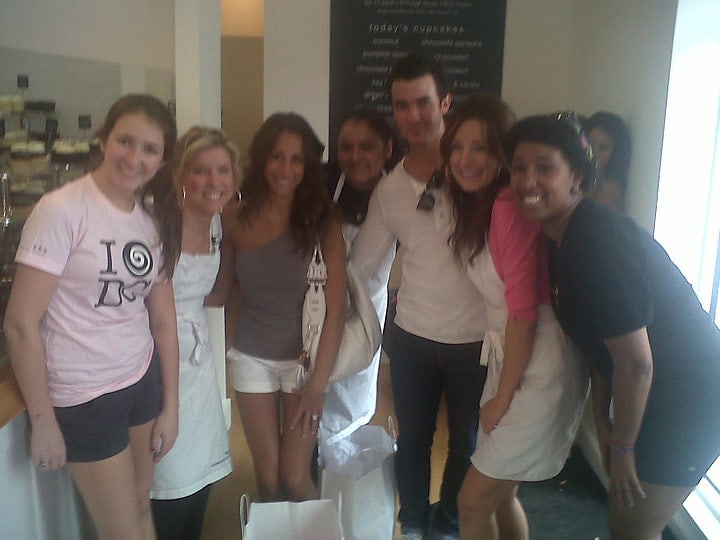 Forgive us if we don't go bananas for boy brother bands who are heart throbs to the tweens whose retail demands now run the world.  We've never really been into the Jonas Brothers, or really understand what they do other than make vows of celibacy (they obviously are NOT iPhone users) and sing silly songs about silly girls.  But we guess they also visit silly cupcakeries.

Apparently one of those gals is his wife, so that would make him Kevin Jonas, right? 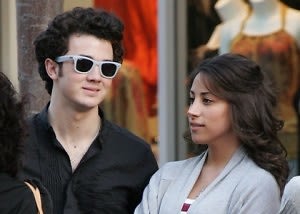 Judging by the above pic, we'd venture to say his wife Danielle is the one in the white shorts in the pic Georgetown Cupcake posted on its Facebook wall.

We bet they got vanilla cupcakes with vanilla frosting.  Boring!