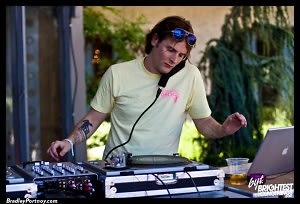 Chris Burns, DC-based DJ and producer, appeared on NPR yesterday to talk about his favorite thing in the world: deep house music.  "House music?  On NPR?!" you ask?  Yes, you read correctly.  I told you Burns was mainstreaming this whole underground music thing.

Specifically, Burns discussed Deep Sugar, a monthly deep house music mecca that takes place at Baltimore club Paradox.  The party occurs every second Saturday of every month, making the next shindig this coming Saturday, July 10.  The party attracts a crowd of devoted house music fans, some of whom have been going to Deep Sugar for upwards of 15 years.

Burns has been attending the party for a while now, and will be spinning there this coming Saturday.  During his time on air with NPR, he discussed the vintage, throw back nature of both deep house and the Paradox. 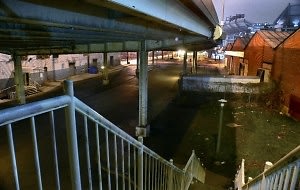 He calls the Paradox (left, under some wonderfully shady train tracks) a "throw back club," since it was built around 1990 and with the exception of a few architectural adjustments, has been the same ever since.  It also houses a sound system that is almost obsolete thanks to advances in music and sounds technology.  Yet, Burns touts the 'Dox as having the best sound system on the east coast.

Deep house, according to Burns, incorporates a lot of tracks from the early '90s that are then manipulated and refurbished thanks to new-age technology.  Maybe I'm not doing his description justice, but if you listen to his NPR appearance, he explains it better than I. 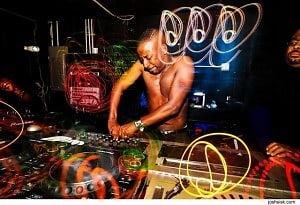 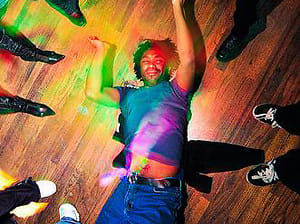 [photos by John Sisk via and via]