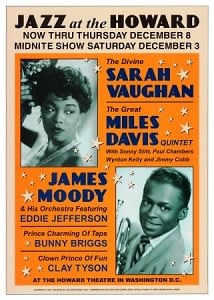 Ward 1 City Councilman Jim Graham and reps of Ellis Development officially broke ground yesterday on a $25 million dollar restoration of The Howard Theatre -- the now 100-year-old music and performance venue that served as the crown jewel of the jazz scene during U St.'s heyday as "Black Broadway." First opened in 1910, the original Howard hosted performances from the luminaries like Miles Davis, Otis Redding, Buddy Holly, Abbott & Costello, James Brown, Aretha Franklin and The Supremes -- not to mention D.C. natives Duke Ellington and Marvin Gaye -- before finally closing up shop in 1980.

It's an under appreciated icon of the musical history (it predates New York’s Apollo by at least three years) and, while the building at 620 T St. NW has long since fallen into disrepair, the new management has grand plans indeed. 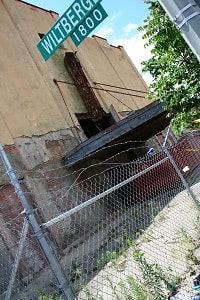 The team's first order of business will be chipping away the concrete currently encasing the building to reveal its original facade for the first time in almost 70 years.  As for the interior, plans for reinventing the highly dilapidated venue included a new museum, restaurant and -- you guessed it -- a fully improved, 600-seat concert hall.

That's another win for the U St./Florida Ave. corridor, which already includes The 9:30 Club, U Street Music Hall, Bohemian Caverns/LIV, DC9, The Lincoln Theatre and The Velvet Lounge as performance venues.  But given the fact that the Howard counted the likes of President Franklin Delano Roosevelt and First Lady Eleanor among its original clientele, expect the newly improved theatre to skew a bit more upscale than, say, last night's Yeti-inspired electro fest up the street.

That prestige and storied history is also sure to make it a hotspot for tourist snapshots -- second only to Ben's Chili Bowl, we figure.  Given, however, that the doors won't open until November 2011, don't expect the Segway tours to start rolling in tomorrow.  More information on The Howard Theatre, including renderings of its soon-to-be refurbished interior, can be found here.