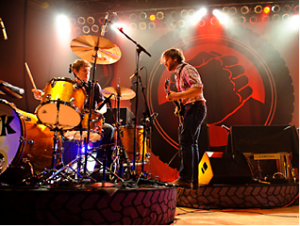 If you’ve attended a concert of any size in D.C., you know that the Black Cat hosts the underground artists, the 9:30 Club houses the “up and comings,” and the Verizon Center lays the stage for the big time sellouts.  None of these seem the proper venue for The Black Keys.

Well DAR Constitution Hall, a designated National Historic Landmark, is apparently the spot for bands like the Black Keys who sell around 3,000 tickets per gig.  The Morning Benders, an indie rock band from Berkeley, opened for The Black Keys last night.  But the crowd didn’t really get fired up until Dan Auerbach and Patrick Carney of the Keys came on stage. 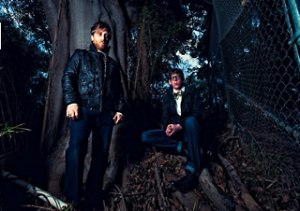 The vocalist/guitarist and producer/drummer duo (who combine 60s Blues swag with modern rock, punk, and a medley of other genres), played a setlist including hits featured in everything from Eastbound and Down and Friday Night Lights to the premier of Gossip Girl.

If you haven’t been to DAR, you may not be familiar with its historic location at 1776 D Street NW, nestled between the Department of the Interior and the American Red Cross, and adjacent to the White House Ellipse.

Built in 1929 for the Daughters of the American Revolution (a lineage-based membership of now old ladies who sit around talking about important things like patriotism), the hall appears to be an ironic venue for a raging rock and blues band with album titles like “Thickfreakness” and “The Moan”. 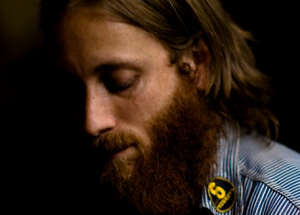 As vocalist/guitarist Dan (left) put it,

“we feel so official playing here”.

How can you not when the Neoclassical styled hall is carpeted in red white and blue and the crowd is a bunch of lobbyists and staffers wearing button downs and sundresses?  Not your usual hipster mob in skinny jeans and thick rimmed glasses.

We still loved every minute of it.

In case you missed last night's performance, sadly the only one on their D.C. tour, check out their recent performance of their song "Tighten Up" on the Tonight Show with Jay Leno.