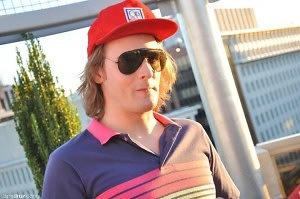 Last week, the DistrictSoul.com message board shut down for good after having gone strong for ten years. Once a place for D.C.-based music discussion and event posting, it died a slow death in the past year as its activity and user-generated contributions declined. The closing of this forum marked the death of another important element that kept alive an open sense of community amongst folks involved with underground music in D.C. In a similar fashion, DJ Hut shut its doors last spring after being in business as a record shop (originally as 12” Inch Dance) for nearly 25 years.

Parties, music and life have obviously gone on and dance music in D.C. has arguably gotten stronger despite the extinction of these two important hubs. But what have we really lost as a result? Where do the rising generations of DJs and producers in this city go to get linked in?

Every major city has a specialist record shop (or at least used to) like DJ Hut or a forum like District Soul. DJ Hut was a place where I not only built my record collection and stayed abreast of the newest releases, but found camaraderie and fraternity as a hungry, budding jock. I got introduced to the scene, met new friends, sought advice and spread the word about the little parties I was trying to get off the ground. I wasn’t alone. The bonds and relationships established in the record shop were created through lively banter, storytelling and industry secret telling. Fridays after 5 PM were always the most energetic, with pockets full of paychecks and anticipations at a fever pitch for the weekend’s parties. The hallways were littered with colorful party flyers and posters that kept you in the know of what was good any given week.  I came to know numerous D.C. DJ stalwarts through the shop and forged relationships that are still important to me today.

District Soul was important because these experiences and relationships were reinforced and congealed even further in the digital realm. However, as vinyl has been phased out and the brick-and-mortar retail businesses of music have become all but obsolete, it was inevitable that a record shop like DJ Hut would similarly fall victim to these trends.

Fortunately, industry-based weekly parties still remain strong in our city and provide similar grounds that DJ Hut and District Soul did for hanging out and exchanging ideas. This past year has had its share of strong examples. Gavin Holland's See You Next Tuesday at Wonderland, Dave Nada's Moombahton Mondays at Velvet Lounge and Industry Monday's at Utopia have provided decent watering holes with cheap drinks and cutting-edge musical programming. We've copied that exact formula for our own new weekly at Sweet Spot on Thursday nights as well.

While these nights provide great opportunities for both established players and eager up-and-comers to link up, they unfortunately are the last physical place for much-needed meetings and discussion. In an ideal world, D.C. DJs and promoters would have professional associations like other types of businesses around the city. The politics and drama that seem to prevent such organization also inhibit the fortification of such exchanges and strengthening of our group power. Without the record store and an Internet message board, there seems to be a lack of overarching community presence among all the subsets of scenes compared to what was there a few years ago.

For someone trying to make a name or get noticed, opportunities are ripe to take up where District Soul left off. The city badly needs a focused, message board and event calendar that is dedicated to dance music and dance music only. Facebook has become a clusterfuck of promoters and no longer serves the purpose of keeping people in the loop. Someone needs to make it happen!

Here are this week's picks:

This is the live, unedited mix recorded last week at U Street Music Hall. Sam "the man" Burns and I traded off on the decks throughout the night and had a blast playing new soulful stuff and house music classics.

I like almost everything Argy has his hands in  or puts out. Big and deep drum laden tracks and tools that definitely pump on good systems. The tracks on this EP are all-round class and "Thick and Thin (Mogadishu Nights Pt. 1)" is another track that has been in my crates. Also see Marlon D - "Trust the Drum (Argy edit)," Argy - "Upon Ourselves" and Argy - "Sometimes I’m Blind."

A little shameless plug for my remix for homie and U Street Music Hall co-owner Will Eastman's release on Plant Music. This drops tomorrow on Plant Records via http://beatport.com!

This is a really nice deep house groover with a solid live drum sound and very recognizable samples. When the vocal drops in the break, the crowd is hooked...