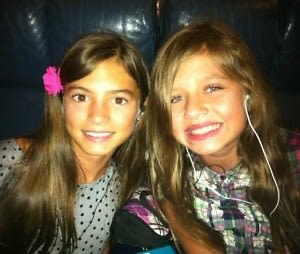 The two cuties have become such good friends, that Chloe is ditching her potentially presidential grandpa at the RNC convention in favor of the Ryan booth. It caused a little bit of confusion when the cameras panned to the Ryans, as people everywhere were wondering who the extra kid was that was sitting with them as Ryan introduced his family during his speech last night.

We don't know how old little Chloe is, but we do know she is in middle school.

There have been reports that VP Joe Biden's granddaughters and Malia and Sasha Obama are buddies. Besties though? Unsure. They all attend Sidwell Friends School in DC together, and had a sleepover during the DNC conventions four years ago.