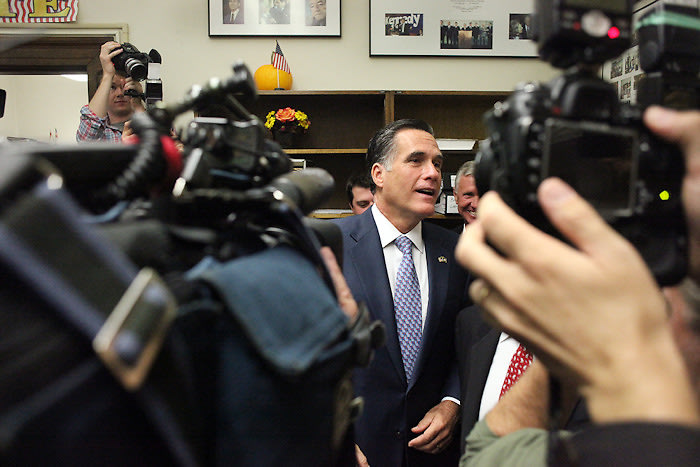 [photo by Alexander Cohen/Concord Monitor via]

Like something out of a Christopher Nolan Batman movie, the hacker group 'Anonymous' claim that they illegally acquired Mitt Romney’s tax information from PricewaterhouseCoopers by physically infiltrating their offices. The group set up a Bitcoin account to receive $1,000,000 from the Romney campaign to keep the information silent…until September 28, when the deadline will expire and the records will be automatically released.

Hold on--it gets juicier. If someone offers to pay the million to release the records, Anonymous claims that it will release them as soon as the money is received, according to the Nashville City Paper.

“Whoever is the winner does not matter to us,” the group wrote.

“The deal is quite simple. Convert $1,000,000 USD to Bitcoins (Google it if you need a lesson on what Bitcoin is) using the various markets available out in the world for buying. Transfer the Bitcoins gathered to the Bitcoin address listed below. It does not matter if small amounts or one large amount is transferred, as long as the final value of the Bitcoins is equal to $1,000,000 USD at the time when it is finished. The keys to unlock the data will be purged and what ever is inside the documents will remain a secret forever.”

According to US News’ Washington Whispers blog, PwC is denying any such hack took place:

“We are aware of the allegations that have been made regarding improper access to our systems. We are working closely with the United States Secret Service, and at this time there is no evidence that our systems have been compromised or that there was any unauthorized access to the data in question." 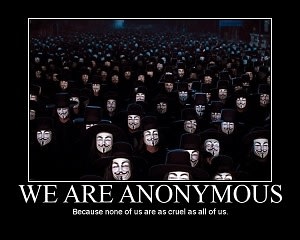 [The "hactivists" often identify with the Guy Fawkes mask from V for Vendetta, via] If the hack is genuine, it is impossible to know whether his tax returns would reveal anything that might have an impact on the election. And, should an individual or an organization pony-up the funds to release the tax records, it is unclear if he, she, or they would be named as the buyers after releasing them.

Even if the alleged hacking and extortion scheme isn’t true, the news is almost certainly going to keep the issue of Romney’s tax returns in the news, at least until September 28th.