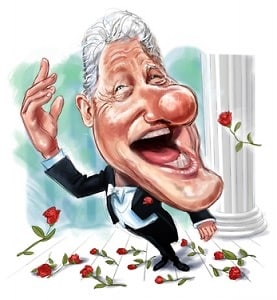 The 43rd President of the United States, Bill Clinton, can do many things: he can charm you (or the pants of of you, depending who you are), he can prevaricate with the best of them, he can play the saxo-maphone.  And now, he can also be the muse for an opera.

As the U.S. News and World Report...reported, Bubba's now the inspiration for an opera.  Titled Billy Blythe (Blythe being Clinton's real last name--he took on Clinton, the name of his step father, later in life), the opera is being shopped around Little Rock, Arkansas which is where Clinton grew up.

Because Clinton's life has been pretty tumultuous and publicly trying, Bonnie Montgomery decided to immortalize his Clinton's trials and tribulations in operatic form.

This homage to the wild and wacky lives of politicians got me thinking about others whose lives are fodder for literary and artistic reflection and inspiration:

-John Edwards has almost as many deliciously dramatic things in his past as Clinton:

While his wife had cancer, he had an affair His affair resulted in a love child His love child led to baby mama drama Baby mama drama led to a book, in which Edwards aide Andrew Young claims there is a sex-tape featuring Edwards and his baby mama, Rielle Hunter Oh, and he impregnated Hunter while running for President 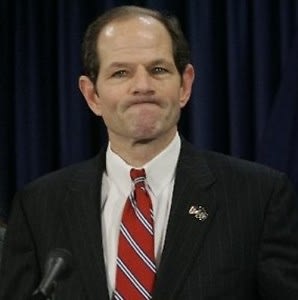 Eliot Spitzer cheated on his wife with an "escort," which is a fancy word for a fancy hooker

and spent a lot of money doing so His favorite honey pie, Ashley Dupre, wanted to be a pop star.  How cute. Instead of politics, Spitzer is now in showbiz--he has a show on CNN which premieres this fall. Dupre now has a New York Post column about....love and relationships.

Roy Ashburn, anti-gay in politics, all the way gay in real life

Got pulled over and given a DUI

...with a homosexual in the car

He admitted, on the record, on the air, that he was gay, but refused to answer when asked why, then, he opposed gay rights legislation

This shit is better than soap operas...but not as good the Clinton opera perhaps.  Which might be why we have yet to see any performance art inspired by the stories of Edwards, Spitzer, and Ashburn types.  Wait a sec...isn't that new show, The Good Wife, about the wife of a politician caught up in sex-related scandals?  Just sayin'... 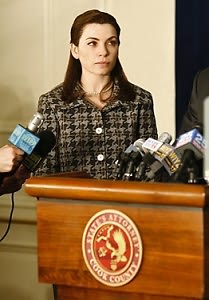 - Julianna Margulies in "The Good Wife"