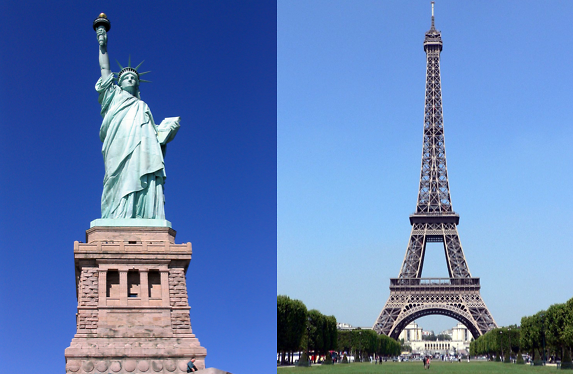 Reminiscent of the State Department's travel advisories on visiting certain countries, France has its own warnings about our Nation's capital, according to a Washingtonian article. And it's très hurtful.

The French government has cautioned its citizens from visiting any areas in Northeast DC, Southeast DC, or Union Station at night. In touristy areas like Georgetown and Dupont Circle, the advisory tells citizens to be extremely careful. Lastly, it recommends that its citizens not to visit Anacostia during the day or night. For any French speakers (or skilled Google Translator users) here are their exact words:

In contrast, the State Department's advice for Americans traveling to France is very meek. The only warning is about large demonstrations in big cities. But as someone who has lived in Paris, I can report that there are other aspects of Parisian life to be wary of. Pickpocketing is extremely common in touristy areas, like the Eiffel Tower, the Champs-Élysées and the Louvre. The more outside districts called "les banlieues" are often deemed more seedy. My house mother, a native French woman, told me to never go on the RER trains at night, and to always sit down or keep your back against the train's windows to avoid unwanted touching.

So, yeah, France isn't all baguettes and wine.