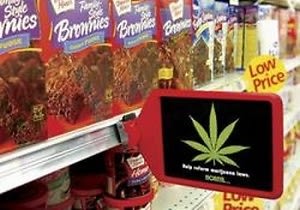 Last week, Congress passed the Saving Kids From Dangerous Drugs Act.  While the headliner of the Act was something Diane Feinstein called "candy flavored meth," the terms of the legislation are broad enough to encompass every pothead's favorite clandestine treat: pot brownies.

We have a few questions about this whole thing:

1) What in Christ's name is "candy flavored meth"?  Any Intervention episode we've ever seen involving meth leads us to believe the only ways to administer methamphetamine involve snorting it, shooting it, or smoking it.  Are the tweakers now eating meth as though it were a Pixie Stick or Fun Dip?

2) What exactly about marijuana is so dangerous?  We still don't understand why marijuana is in the same drug Schedule as cocaine and heroin.

3) How is it that not ONE Senator voted against this Act?

While we certainly don't promote drug use--especially when the kiddies are involved--we feel there are more important adolescent issues with which our government should be concerned.  Among them:

Politico outlined the pertinent pieces of the Act in which you can see the pertinence of pot brownies:

(1) UNLAWFUL ACTS — Except as authorized under this title, including paragraph (3), it shall be unlawful for any person at least 18 years of age to knowingly or intentionally manufacture or create, with intent to manufacture, create, distribute, or dispense, a controlled substance listed in schedule I or II that is — (A) combined with a candy product; 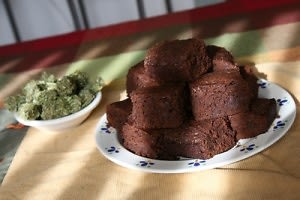 (B) marketed or packaged to appear similar to a candy product; and (C) modified by flavoring or coloring the controlled substance with the intent to distribute, dispense, or sell the controlled substance to a person under 18 years of age. (2) PENALTIES — Except as provided in section 418, 419, or 420, any person who violates paragraph (1) of this subsection shall be subject to — (A) 2 times the maximum punishment and at least 2 times any term of supervised release.

Dear U.S. Government, get your priorities straight--a few pot brownies never hurt anyone as much as war in Afghanistan or AIDS. Thanks.  Sincerely, We The People. 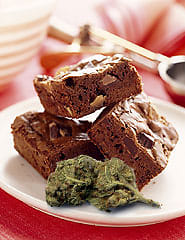