Last night during the Republican Presidential Debate, one of the few candidates that had a fighting chance, Rick Perry, made a huuuuge mistake when he was naming the government agencies he wants to cut if he's elected. When I first watched this, I thought he messed up by saying he was cutting education. But it gets worse...[WATCH THE VIDEO] 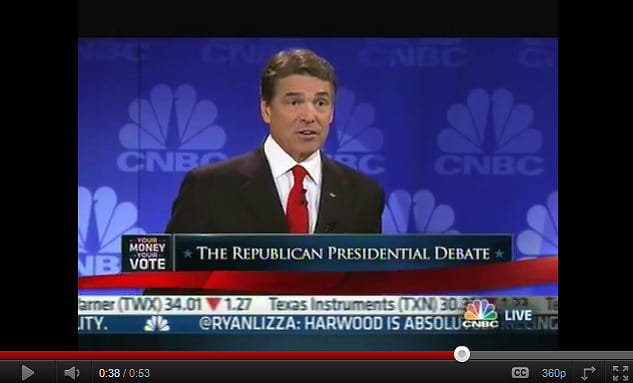 Check out the spin they're trying to put on this debacle! [BBC]