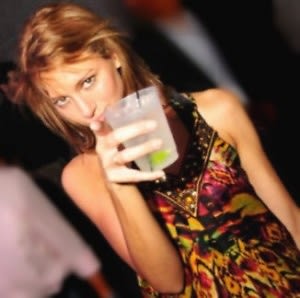 We don't know if Miss Collins should be flattered or deeply disturbed that somewhere out there, someone who (ostensibly) really, really likes her has been inspired to write lez-porn featuring Miss Collins.

Here are some of our favorites from "Housewives and Cheerleaders": 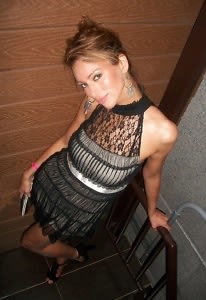 "Kelly Ann had not been exaggerating about Katrina. She was evolving rapidly, and after the experience with Jackie London, she had returned home late in a state of feverish excitement. Her attempts to sleep had proved fruitless, tormented as she was by visions of beautiful women in every permutation of sexual congress"

“It’s kinda weird knowing my mom is out there,” said Kelly.

"Marie offered Janice a drink, which she eagerly accepted and sat down to watch Kat punish Kelly Ann with the tawse."

Naturally, when observing same-sex S&M, one needs a cool beverage. 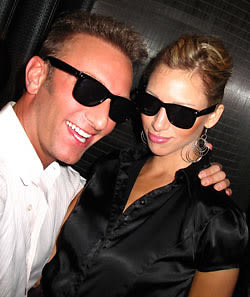 "“Not at all,” answered Jessica, “I was ready to knock off anyway.” Just then Kelly noticed that behind Jessica, a woman in her mid-30s with dirty blond hair was on her hands and knees scrubbing the kitchen floor. She was naked except for a studded dog collar around her neck. Seeing the look on Kelly’s face, Jessica told her, “Oh, yeah, that’s Iris. She lives down the block. She likes to clean my kitchen for some reason. Iris, this is Kelly Ann, one of those cheerleaders I was telling you about. Isn’t she pretty?”